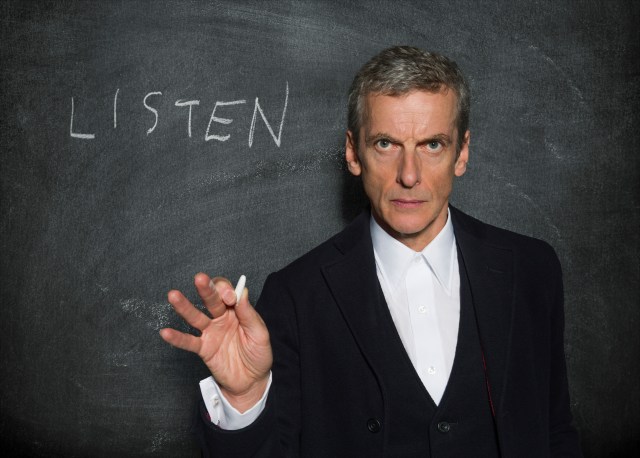 Moffat gets a bad rap around here, but when he’s on his scary-episode game, things can get pretty good. All signs pointed to “promising” for this week’s episode of Who, “Listen.” But while the episode was the best the show has seen in a long while, it didn’t quite live up to all-time classics like “Blink,” “Silence in the Library,” or “The Empty Child.”

As always, our Doctor Who recaps are spoilerific, so read on with caution. Also, this is Sam here, filling in for Jill, our usual Doctor Who recapper extraordinaire! Okay, onwards with the review.

“Listen’s” premise is simple and adequately horrifying; what if you were never really alone? What if creatures existed in the world that thrived solely on hiding from you; that were behind you every second of every day, never wanting to be seen? What if the monster under your bed was very, very real? Moffat is traditionally great at taking every-day things that maybe, kind of creep you out already (old statues; shadows; gas masks; snowmen; holding your breath; forgetting things) and making them into something far more sinister.

And, true to form, “Listen” does have quite a few hold-your-breath, neck-prickly moments that gave me the shivers (the mattress drooping over Clara and Rupert, anyone?). We get some solid character development on Danny Pink – he’s, unsurprisingly, a bit touchy when it comes to his soldier past, but he was also an adorable child, and his descendants are bad-ass time traveler astronauts. And he gets it on with Clara.

Clara, who—despite being my least favorite companion because she’s rarely given anything worthwhile to contribute to Team Doctor—is, surprisingly, very much an excellent centerpiece to this episode. When she finds herself again enmeshed with the Doctor’s past, she ends up giving him all his very best lines: 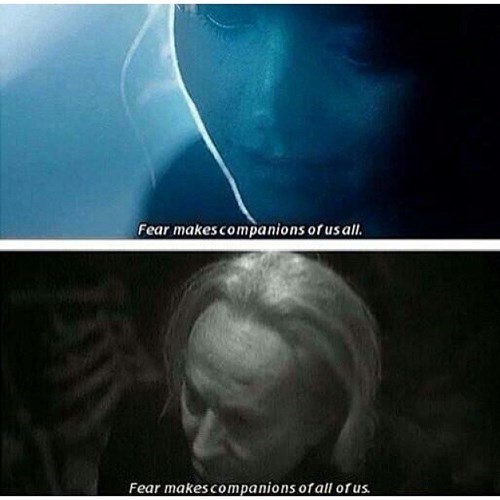 And does so while looking absolutely killer in this Alice McCall cut-out dress. Not that her outfit particularly matters, but, how great was that dress, guys, seriously. 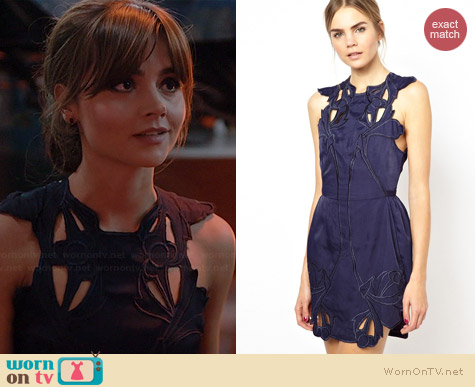 But where The Silence or the Weeping Angels were successful, the nebulous creatures of “Listen” leave a lot to be desired. The episode never quite reaches “Blink” terror-levels because you’re never quite sure if you’re supposed to be afraid. Sure, at several points during the episode (particularly when the red blanketed creature was creeping up on our intrepid trio from behind), I felt like there was something definitely behind me oh my gosh someone please make it go away ack ack ack be cool Sam be cool. But otherwise, there was no real sense of actual, inherent danger in the episode, because the whole point of the episode was its ambiguity. DoctorWhoTV is even running an episode poll asking whether or not “Listen” even had a monster. That’s rough storytelling. 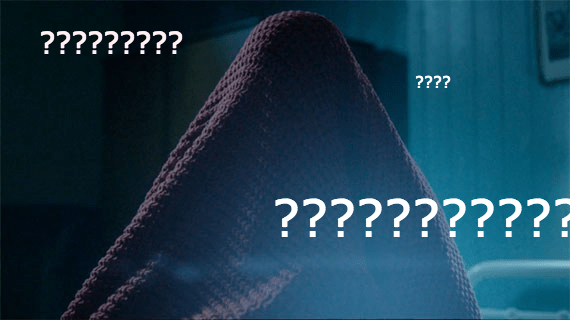 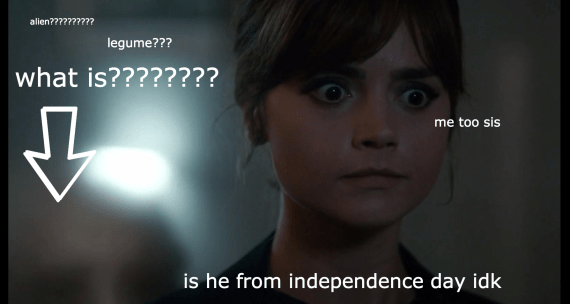 Additionally, the combination of Capaldi, Coleman, and Moffat still isn’t quite working for me. There’s a great article over on Pajiba that puts the dissonance into words quite well, but I consistently find myself wishing that Capaldi (like Matt Smith) had been able to join Who with an all-new companion and a fresh new showrunner. I can’t get over the fact that Moffat is still writing Twelve like he’s Eleven; the whole speech that the Doctor was giving little Rupert Pink in his bedroom, the one about fear making you a superhero? Gorgeous; eloquent; wacky; entirely meant for Smith. Even as the words were coming out of Capaldi’s mouth, I kept picturing Eleven saying them. Twelve needs to be a completely different character from Eleven; darker, less wild. Instead, we’re getting something that looks like Capaldi trying to imitate Smith, and it’s not working.

All of that being said, I definitely feel as though this current season is a vast improvement over the latter half of season seven, which I found nearly unwatchable. If Moffat is building towards something this year that will rival the lovely, mostly-neat-and-tidy arc of season five, then I’m on board—and it seems like that’s the direction in which he’s heading, with all this Missy and Danny Pink drama. But my biggest fear is that Moffat is just setting us all up for a bunch of questions that he’s going to leave endlessly hanging, or complicate them by answering our questions with more questions (never forget “Doctor WHooo?????).

But seriously, what I really want to know is: what’s with Twelve’s wedding ring?