The Real Reason We Don’t Need SOPA or PIPA: We Already Have Broken Copyright Law, DMCA 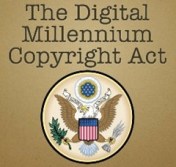 Now don’t get me wrong, there are awful, awful aspects to both SOPA and PIPA. The prospect of DNS blocking is egregious censorship. The prospect of cutting off funds and ad revenue to “infringers” without due process is egregious. Even without those provisions, though, we still don’t need or want SOPA or PIPA. Why? Because we already have dangerously broken copyright law: The Digital Millennium Copyright Act.

It’s almost funny, in a I-want-to-cry sort of way. SOPA and PIPA seem to be constructed on the premise that the DMCA had the right approach, but just isn’t strong enough. The fact of the matter is that DMCA has the wrong approach and is too powerful. There’s evidence to back this up.

The main DMCA principle that SOPA and PIPA are building on is the takedown request. Under DMCA, anybody — anybody — can file a takedown request claiming that something on the Internet falls under their copyright and needs to be removed from wherever it is, typically YouTube. That’s all fine and dandy — good even — the problem is that there are no repercussions for filing a bogus takedown request, something that happens all the time.

Under DMCA, the content just comes down. Under SOPA and PIPA, the government could call on ISPs to block entire sites via DNS, not just specific content. Granted, those DNS blocking provisions have largely been “dropped,” but SOPA was “shelved until consensus,” so take that with a grain of salt. Even without DNS blocking provisions, SOPA and PIPA still lend an extra power to the standard DMCA takedown; they can force advertisers to sever ties with accused infringers, all in an insanely shoot-first-ask-questions-never sort of way.

Let’s take a look at some of the DMCA craziness that’s already happened, shall we?

The main takeaway to be had here is that in all these cases, a DMCA takedown request resulted in the wrongful removal of content from the Internet. In almost all cases, it was put back after things were “straightened out.” No harm, no foul, right? Wrong. When you’re just talking the brief removal of content, admittedly the damage is generally minimal. Under SOPA and PIPA, sites would face the temporary removal of content plus the possible blocking of their entire site and denial of funds when advertisers are forced to cut them off. Even if the situation is cleared up and the content is reinstated, the downtime could be enough to bankrupt a startup. A copyright holder on the other hand, especially a large one, has virtually nothing to lose if their content is hosted illegally for a limited period of time because piracy is not theft. DMCA is already aimed at the little guy, SOPA and PIPA just give the gun a bigger caliber.

Wouldn’t you think that maybe we should correct existing copyright law — copyright law with many documented instances of abuse — before introducing new copyright law? Especially new copyright law built on the premise that its predecessors were heading down the right path? SOPA and PIPA — in any form — are awful because they are an iteration on an already flawed method. When you take a wrong turn at a fork in the road — DMCA — you don’t get anywhere by going further down that path. The only way to make progress is by going back and correcting your original error. No further copyright law is going to be remotely helpful or beneficial to the people it claims to protect unless it goes back and fixes the mistakes made back when DMCA passed. Obviously, we shouldn’t be making any more mistakes, but we really should be fixing the ones we’ve already made.

Stop SOPA and PIPA now, while we still can.