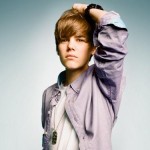 Just like I predicted on several occasions, YouTube’s over-the-top, self-defensive copyright policy has been purposefully abused on a large scale in order to trick YouTube into haphazardly removing videos it had no business being worried about. A currently unknown person registered with the username iLCreation, hopped on YouTube and claimed copyright to each and every Justin Beiber music video. What do you think YouTube did? Took the copyright notifications of an exceedingly famous artist’s every video 100% seriously and shut down Beiber’s entire Vevo channel without asking for any sort of proof of the claims. As if that weren’t enough, a similar attack affected Rihanna, Lady Gaga and Bruno Mars.

It makes sense that YouTube enacts their policy this way in order to protect themselves, but this really lays bare how ridiculously extreme that policy is. If the process hadn’t been automated and they had given even one second’s thought to the situation, you’d think they might come to the conclusion that “Hey, about 5 pop superstars are participating in copyright infringement against one dude and he just noticed and thought to do something about it now, all at once? Hey, wait a minute….” Except that YouTube’s all-complaints-are-true, automated copyright policy kept them from arriving at that second sentence.

During the whole debacle, Vevo posted two statements to keep would-be viewers up to date on the situation. First,

Someone is making false copyright claims against the Justin Bieber and Lady Gaga channels and YouTube has blocked access to the videos as a result. We are working with YouTube to resolve ASAP.

and then, hours later when the issue had been resolved,

A few videos by Justin Bieber and Lady Gaga were briefly taken down by YouTube as a result of false copyright claims. This issue has been resolved.

The key detail to note there is that, even considering the kind of pop-clout that Bieber has, it still took hours for the situation to be resolved. Imagine how awful it must have been to try and prove that you’re the Nyan Cat guy. There’s also the fact that Vevo is different than being on normal YouTube because the videos are monetized. With hits as big as the ones that were taken down, who knows how much revenue was lost due to the outage. If Vevo decides to take issue with YouTube over the lost revenue (which I really hope they do) maybe YouTube will finally see that their copyright policy, while designed to keep them 100% protected from smaller suits, could turn around and hurt them big time now that the heavyweights are involved.

False DMCA claims are technically against the law, but that hasn’t stopped people in the past. It’s about time YouTube get more involved in the way they deal with copyright infringement claims. If this doesn’t cause them to deautomate their process and start giving some thought to things, I’d hate to see the kind of copyright infringement notification spree it would take them to wake up. Allow me to call one more thing: This is not the last time this will happen.

“oh hey utube, did u no that everytihng ever filmed violates dis copyright i hold? taek them all down plz. Kthnx.”