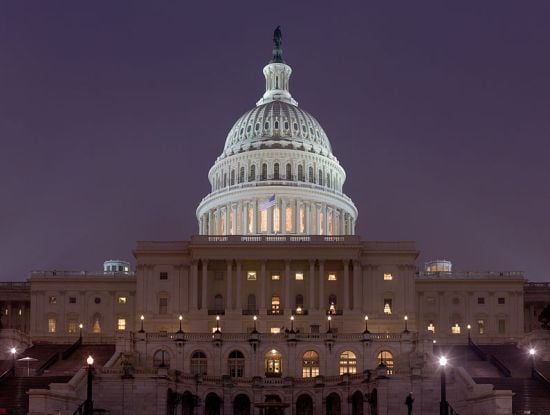 Yesterday, author of the controversial Stop Online Piracy or SOPA legislation Representative Lamar Smith (R-TX) released a statement announcing his intention to remove the DNS blocking portion of the bill.

“After consultation with industry groups across the country, I feel we should remove Domain Name System blocking from the Stop Online Piracy Act so that the Committee can further examine the issues surrounding this provision. We will continue to look for ways to ensure that foreign websites cannot sell and distribute illegal content to U.S. consumers.”

DNS blocking, readers will recall, was a provision of SOPA that would have allowed the Department of Justice to order offending URLs be cut off from access. This was particularly troubling when further SOPA amendments granted ISPs the same protection if they were to block a specific portion of a website or everything under the domain name.

The irony of Rep Smith having violated copyright by not attributing a Creative Commons image on his website has not yet worn off.

Meanwhile, the Protect IP Act, or PIPA, seems to be on shaky ground. This is similar legislation to SOPA, and has been criticized for much the same reasons as SOPA. Six Republican senators have requested that the upcoming vote on the bill be delayed. According to Ars Technica, the senators requested more time to learn about the bill after getting an earful from their constituents.

“We strongly believe that the theft of American intellectual property is a significant problem that must be addressed,” they wrote. But since the Judiciary Committee last considered the legislation, “we have increasingly heard from a large number of constituents and other stakeholders with vocal concerns about possible unintended consequences of the proposed legislation, including breaches in cybersecurity, damaging the integrity of the Internet, costly and burdensome litigation, and dilution of First Amendment rights.”

Removing the language regarding DNS blocking in SOPA would seem to indicate that members of Congress are finally listening to the experts. The proposed delay of the PIPA vote would also seem to indicate the same. However, supporters of both bills have always held that some legislation must be past and simply nerfing SOPA is almost certainly an attempt on Smith’s part to help ensure passage.

But it may not be so easy. A statement released by the White House’s in response to two popular anti-SOPA and anti-PIPA petitions would seem to indicate a reluctance in the Executive branch over key portions of these bills. Furthermore, House Majority Leader Eric Cantor (R-VA) has stated that he will not bring the SOPA bill up for vote until a consensus can be reached.

In addition to the content of the bills in question, SOPA supporters have been criticized for their unwillingness to learn about the fundamental operation of the Internet or to hear expert testimony against the bill. It now seems that members of Congress are showing some signs of changing their tune, and may at least give critics a chance to have their voice heard. However, some maintain that both PIPA and SOPA are so fundamentally flawed that they cannot be salvaged.  CNET quotes Corynne McSherry of the Electronic Frontier Foundation as saying:

“These bills need to be killed altogether,” McSherry said. “Our view all along has been they are not fixable.”