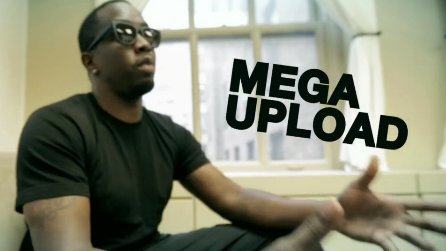 As you may be aware, MegaUpload released a star-studded video endorsing the benefits of their service on Friday. As you may also be aware, the video was stripped from YouTube after Universal Music Group filed a copyright complaint, had it overturned, and then filed a second successfully. MegaUpload insists that the UMG has no right to do anything with the video and is consequently suing. To boot, MegaUpload, which has previously been tight-lipped on the whole SOPA issue, has now come out against it.

I’ve been whining about the flargrant abuse of takedown requests as a weapon against content holders for a while now, and this may finally be the straw anvil that breaks the camel’s back. MegaUpload insists that UMG has no stake in the video whatsoever. “Let us be clear: Nothing in our song or the video belongs to Universal Music Group. We have signed agreements with all artists endorsing Megaupload,” said Megaupload CEO David Robb.

Of course, this hasn’t stopped UMG, and other requesters in the past, due to YouTube’s remove-anything-at-the-drop-of-a-hat copyright takedown policy. MegaUpload claims to have tried to get in touch with UMG to talk about the matter directly and to have received nothing but legal threats and demands for an apology in exchange.

The somewhat consipiracy-theorist but quite-possibly-true explaination for all of this is that UMG is well aware that it has no claim to the video, but doesn’t particularly want it floating around out there flying in the face of everything its buddies the RIAA and the MPAA have had to say about the horrors MegaUpload in the past. Fortunately, YouTube’s copyright policy makes this a trivial problem to correct; a completely unsubstantiated request and bam, the video is gone. It’s not a particularly heartening explanation, but if MegaUpload does have signed agreements, it’s a pretty reasonable one. Granted, UMG could claim they filed the takedown on the assumption that MegaUpload didn’t have agreements, which would cover them from some flak, but one could argue that maybe they should have, you know, checked.

It’s this line of reasoning that’s brought MegaUpload out to criticize SOPA; SOPA will give groups like UMG more power to shoot first and ask questions later, or never. “UMG is currently lobbying lawmakers in Washington for legislation that would allow them to not only delete specific content from a website, but to delete entire websites from the Internet. After this demonstration of the abuse of power by UMG, we are certain that such an instrument of Internet censorship should not be put into the hands of corporations,” said Robb

While SOPA, if passed, would allow this kind of activity outright, at the moment it is not legal and as a result of the impending suit, UMG is going to have to defend its decision in court. It’ll be interesting to see how they go about it. Being in a similar situation didn’t work out particularly well for Warner Bros.

There’s no telling how things will turn out, but it seems like MegaUpload isn’t about to be bullied and might be the corporation we’ve been waiting on to bring the issue of unsubstantiated takedown notices to light and hopefully shake up the system a little, leading to some sort of mechanism that is at least slightly less ripe for abuse. UMG may have just demonstrated the dangers of SOPA by trying to hush this all up. Unfortunately for them, that’s a surefire way to make sure it gets out.