Congress Doesn’t Care About Your Asteroid Plan, Would Rather Have a Moon Base 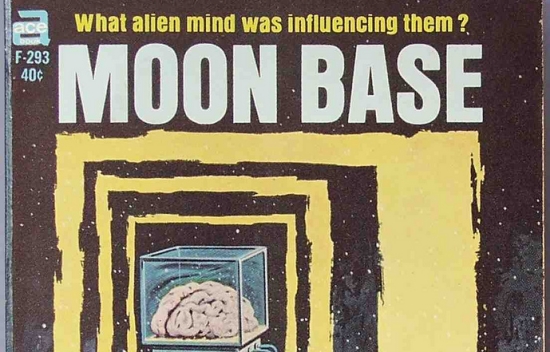 The White House’s 2014 budget proposal includes funding for a NASA mission to park an asteroid in lunar orbit. Besides being awesome, the mission will also put humans farther into space than we’ve ever been. It might even help us develop ways to deflect asteroids that threaten to impact the Earth and kill everyone on it, but Congress doesn’t care about any of that. Congress wants a Moon base.

Some lawmakers in Congress are looking to rehash a bill from 2011 called “The Reasserting American Leadership in Space Act” which was originally sponsored by Republican Representative Bill Posey from Florida. The summary of the bill reads:

Reasserting American Leadership in Space Act or REAL Space Act – Directs the National Aeronautics and Space Administration (NASA) to plan to return to the Moon by 2022 and to develop a sustained human presence there in order to promote exploration, commerce, science, and U.S. preeminence in space as a stepping stone for future exploration of Mars and other destinations.

Having a permanent settlement on the Moon would almost certainly help achieve all the stated goals, but the problem is that if we keep shifting NASA’s focus, it’s never going to get anything done. NASA had intended to go back to the Moon by 2020, but the Obama administration called for missions to near-earth asteroids and Mars instead back in 2010.

We’re making progress on the asteroid capturing mission, and if we divert all NASA’s limited resources back to the Moon then it will be years before we start seeing progress on anything. Besides, the administrator of NASA Charles Bolden already stated that NASA will not be going back to the Moon any time soon. He said, “NASA is not going to the moon with a human as a primary project probably in my lifetime. And the reason is, we can only do so many things.”

That’s not to say a permanent settlement on the Moon isn’t a worthwhile goal. Maybe we can compromise? How about we pull an asteroid into permanent lunar orbit, and then we build a base on that.

(via Space.com, image via cdrummbks)