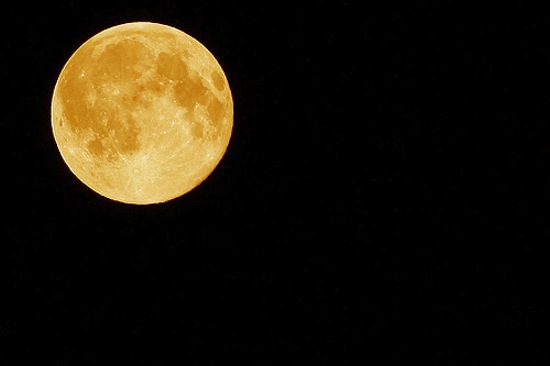 One of 2012’s oddest and most interesting ideas in space exploration may be getting a renewed lease on life in 2013. According to New Scientist, NASA is “mulling over” a proposal by researchers at the Keck Institute for Space Studies (KISS) to give the moon a moon of its own. The idea, which would see NASA snag an asteroid from deeper in space and tow it back to the moon, where it would take up orbit around the Earth’s only natural satellite, has apparently made it far enough to be considered for funding in NASA’s next round of budgeting, and all we can say is “Oh, my yes.”

You can take a look at the full study, which was first published last April, here, but here are the broad strokes. KISS researchers envision a slow, steady spacecraft powered by solar ions — a sort of spacefaring tugboat that would rendezvous with a small asteroid, probably about 7 meters wide. After doing some initial study of the asteroid, the craft would deploy a giant bag around the space rock — yes, you read that right — and then start on a course back toward the moon. The last leg of that trip would take between six and ten years, which may seem like a long time, but we’d like to see how fast you move dragging 20 feet of boulder through the depths of space.

Researchers expect the program would run about $2.6 billion dollars all told, a price tag that is on par with the Curiosity Rover, and one that would leave the moon with a sidekick afterward. Frankly, if that’s not money well spent, we don’t know what is — especially considering the plan could potentially provide a jump start for industries like asteroid mining. So maybe a few of the VCs who are so into that field would be willing to kick in a couple bucks on the deal? Just thinking out loud here.

As for exactly how seriously is NASA “mulling” this plan…well, we’ll kind of believe it when we see it. It’s not that we don’t want NASA to go retrieve an asteroid from the depths of space, tow it back to our neck of the woods, and give it to the moon as a pet. For the record we think that is a fantastic idea for science and also probably a reasonably successful children’s book.

We’ve reached out to the space agency for clarification, and will update if the details of this story become more clear any time soon.