Senator Announces NASA Project to Park Asteroid Near Our Moon 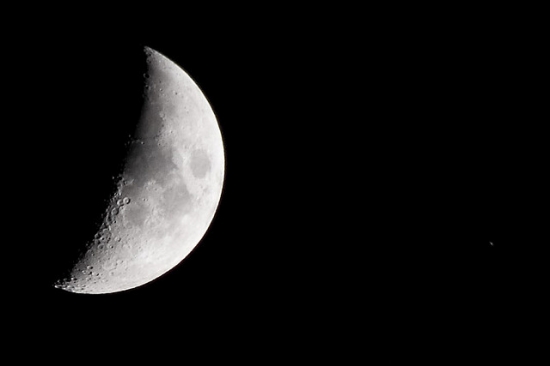 We first heard of the plan to capture a small asteroid and park it near our Moon, essentially giving our Moon a moon of its own, back in January, but now it seems all but official. Chairman of the Senate Science and Space Subcommittee, Senator Bill Nelson said on Friday President Obama will include $100 million in the 2014 budget for the asteroid project, calling it a “clever concept.” I wonder what William Shatner will suggest we name it.

The $100 million proposed in the budget would go towards finding the right asteroid to capture. The goal is find one that is about 25-feet and 500-tons. There are conveniently thousands of asteroids that match that description, but the challenge will be in finding one that will be passing near enough to the Earth to make the mission possible.

After a suitable candidate asteroid is selected, a robotic spacecraft will be deployed in 2019 to lasso the asteroid and park it near our Moon. NASA’s Donald Yeomans, head of the Near Earth Object program, compared the method for capturing the asteroid to “a baggie with a drawstring.” The robotic craft will use solar propulsion to take the asteroid to the Moon.

Anyone concerned that a plan to bring an asteroid close to the Earth could go horribly, nightmarishly wrong can relax said Yeomans. An asteroid the size of the ones they’re targeting would burn up harmlessly in the Earth’s atmosphere should it escape.

The second part of the mission will see four astronauts spacewalk near the asteroid in 2021. There is already an existing plan to land astronauts on an asteroid by bringing one closer to Earth, and this current proposal would help speed up that mission by four years, said Senator Nelson. It could also allow us to deflect potentially dangerous asteroids.

A government document outlining the plan said that the mission will inspire the nation because it will “send humans farther than they have ever been before.” Which, if I’m understanding the mission correctly, isn’t actually true. The plan is to bring an asteroid near the Moon, and we’ve already been there. Instead of going deeper into space, we’re just bringing deeper space closer to us. That’s still amazing, but we’re not really going any further than we’ve been before.