After Trying Anime, Community Will Now Become a Video Game 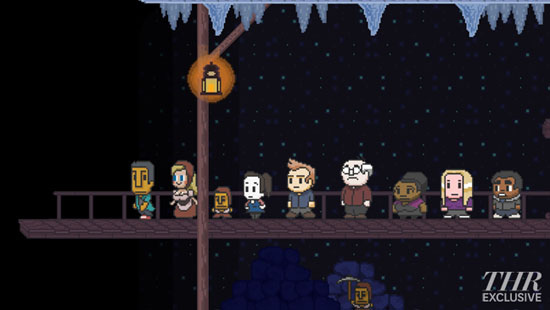 The Hollywood Reporter was given exclusive shots of Community‘s season finale — and they are in the style of 16-bit video games! The show’s third season ends tomorrow night with three episodes, with one last foray into glorious geekery. My only question is if this has something to do with the dreamatorium, or have Troy and Abed just officially lost their minds completely.

The plot centers around Pierce (Chevy Chase), who runs into some problems with his inheritance from his father’s fortune. His father’s lackey, played by Breaking Bad‘s Giancarlo Esposito (the one whose face got ‘sploded), is the threat in this situation — and the group turn to the world of video games to defeat him and help Pierce reclaim what is rightfully (or not rightfully) his. Here is another look from THR: 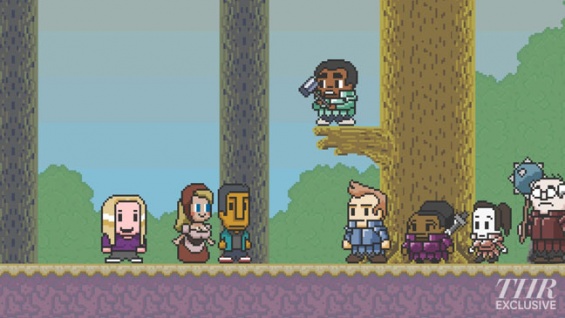 No word on exactly how everyone finds themselves inside of a video game, but this isn’t the first time Community has switched genres for the sake of story; earlier this season, they went anime in a table tennis battle between Jeff (Joel McHale) and Shirley (Yvette Nicole Brown). They’ve covered tons of elements in geekdom throughout the show’s run because it is the best show on television.

(The Hollywood Reporter via BuzzFeed)