NBC’s Community Came Back With a Vengeance This Week 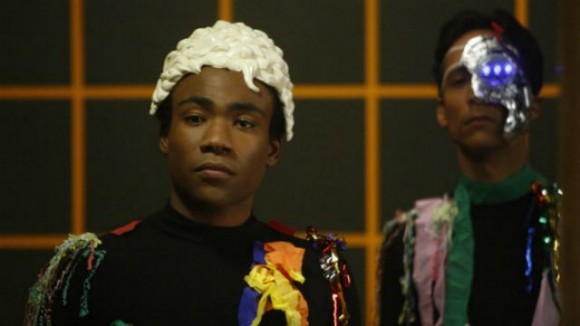 This week marked the return of NBC‘s cult favorite Community back to the airwaves, and man alive, did it come back strong. Three months after being removed from the network’s mid-season lineup — and following several denials that the show was in danger of being canceled — did Community finally deliver the ratings that the suits at NBC were looking for? As in, fourth-season-worthy ratings?

Community was never a ratings giant, even as popular as it has seemed (considering its very enthusiastic internet following). In fact, it was its regular ratings that constantly left even the most devoted fans (I include myself) worried that NBC would cancel the show way before it should be (#sixseasonsandamovie!), following in the footsteps of another beloved, cultish show that never seemed to get enough people watching, Fox‘s Arrested Development. (Which is currently getting ready for its own insanely welcome comeback.) To illustrate my point, and I will be honest and say that I don’t know how ratings numbers really work, the ratings for Community‘s last episode before its hiatus was a 1.5 rating, or 3.6 million viewers. Apparently, these numbers are “bad.”

Its ratings this week? A 2.2 rating, 4.9 million viewers — a season high for the show — plus it beat out Fox’s fading behemoth, American Idol in the all-important 18-49 demographic in its time slot. Not including sports, it was NBC’s best showing in that time slot since Community took their break. Even showrunner Dan Harmon couldn’t believe what he was seeing.

While this is amazing news for the show, it didn’t completely disappear during its hiatus. Leading up to its March 15 return, animated shorts featuring the show’s regular characters started running online, a three-part series called Abed’s Master Key. And while that was official NBC business, social media gave the show a huge boost by sporadically getting show-themed hashtags trending worldwide (what’s up #anniesboobs) (Annie’s Boobs is the name of a monkey on the show who steals pens, in case you weren’t a regular viewer). Not to mention the now-defunct Inspector Spacetime web series, which only goes to show how serious fans of Community really are; the fake show-within-the-show has its own fandom. And Tumblr account.

So, this is excellent news! But will it mean a fourth season?