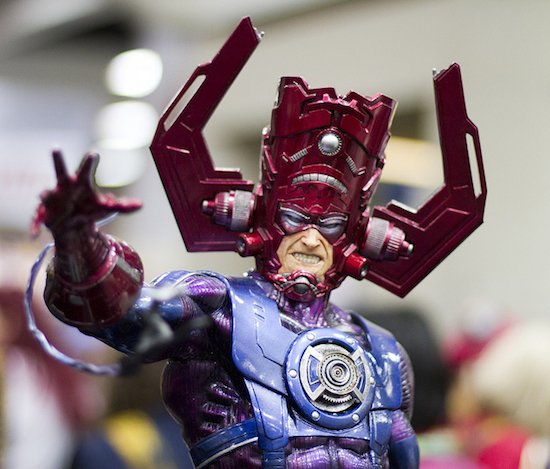 Well, boys and girls, it looks like the time has finally come: Today’s the day mankind bids farewell to its existence and says a hearty hello to the feathered serpent god, Kukulkan, as he finally returns to our earthly plane. Even as we stare into the face of our imminent destruction, be thankful that we don’t live in the fictitious realms of comic books. Why? Because if we did, every single day would feel like the apocalypse, what with so many intergalactic warlords, omnipotent entities, and cataclysms from the depths of space and beyond laying waste to Earth. If beings like that were tearing things up right here, right now, 12/21/12 truly would be a day to remember. On that note, here’s seven comic book characters you wouldn’t want to see on December 21st — though your efforts to hide would prove futile!

Having one of these guys showing up on Earth? It’d be pretty awful, to say the least. Having all seven of them show up at the same time, though, is not only the worst thing imaginable, but it would make for an extremely awkward situation for all of them. Thankfully, the laws of continuity and licensing would prevent such disasters from ever occurring, so that’s a relief.