Who Knew the X-Men Cartoon Intro Was So Much Better in Stop Motion? [Video] 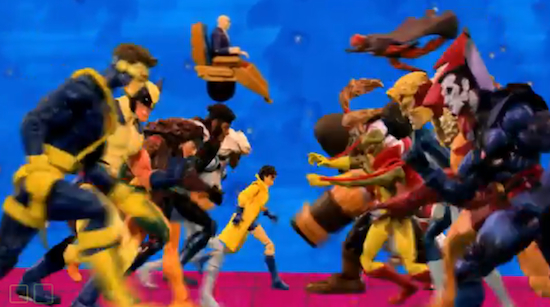 We all have that one moment in our childhood when we “borrowed” our parents camcorder for the afternoon and attempted to make a stop motion masterpiece with the action figures we had lying around. But chances are the final product was, well, nothing short of absolute rubbish, with the camcorder always ending up broken somehow — no matter how hard we tried to prevent that from happening. If its any consolation, stop motion animator Kyle Roberts has recreated the intro of the incomparable X-Men cartoon series from the ’90s entirely from his collection of Marvel Legends figures, showing us all what could have been. Suffice it say that it’s better than anything we filmed in the garage.

Holy crap, look at those production values! Roberts must have been getting one hell of an allowance as a kid if he’s able to afford the financial costs of making this movie. Okay, the video more than proves it, our parents were a bunch of cheapskates that secretly didn’t want us to pursue a career in the arts. We’ll show them, though. First a trip to Toys “R” Us and then getting funding from Kickstarter!