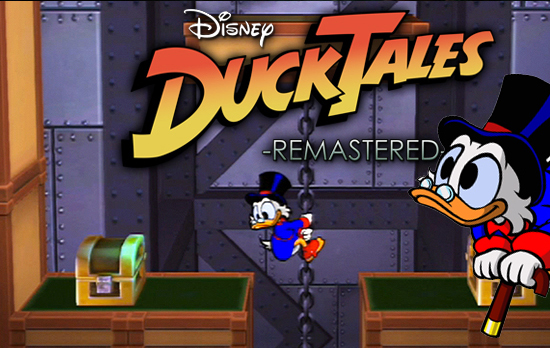 Ever see DuckTales? The 1987 cartoon or the ’89 Nintendo game made by Capcom, doesn’t matter which. The show was fun, and as for the game, what’s not to like about controlling the pluckiest, richest, and most self-assured duck in the world who bounds about his world on his cane as well as any? Well, it’s coming back! Capcom announced Duck Tales Remastered at PAX East, and it’s set to launch this summer on the PlayStation Network, Xbox Live Arcade, and the Wii U eShop.

DuckTales Remastered will have all the goodness of the original — including voice actor Alan Young, the original Scrooge McDuck! — combined with a technological, HD upgrade, but it’s still essentially the same game. While the game environment is rendered 3D-style, the sprites are hand-drawn.

Here’s the trailer. I was surprised at how easily the theme song came back to me, but I admit to preferring the TV show’s music better. But that’s nostalgia for you.

And gosh, that ducky sprite sure looks sprightly for his age.