Bagginses & Proudfoots! We Are Proud To Present The LEGO Lord of the Rings Trailer! 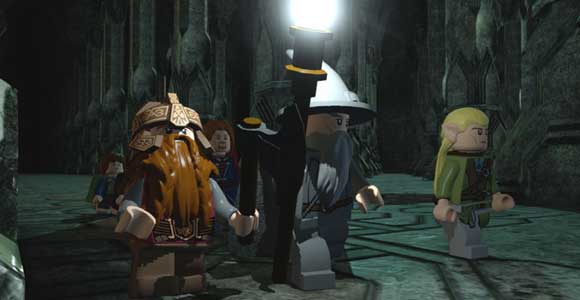 We found out late last year the LEGO secured the rights to create toys based on J.R.R. Tolkien’s The Lord of the Rings and The Hobbit. Or really, Peter Jackson’s films of the same name. It wasn’t stated back then but we assumed a video game would follow. And it has. Get a paper bag ready in case you hyperventalate while watching the new LEGO The Lord of the Rings trailer like I did.

It’s just…so…cute! Or should I say, precious? Everything you’ve come to expect from the LEGO video games and perhaps more considering we’re hearing the voices of the film actors. And although I’m a huge Batman fan, I think I’m looking forward to this more than LEGO Batman 2: DC Super Heroes. But only because I’ve gotten to play a LEGO Batman game before.

Here’s some info from the official site:

The game covers Fellowship of the Ring, The Two Towers, and The Return of the King so don’t expect to see a sequel after this. Though you will most likely get one based on The Hobbit sometime between Jackson’s two-part film releases.

Will you be picking this one up?