This Heartbreaking Art Raises the Question of What Avengers: Endgame Did With a Fan Favorite Character 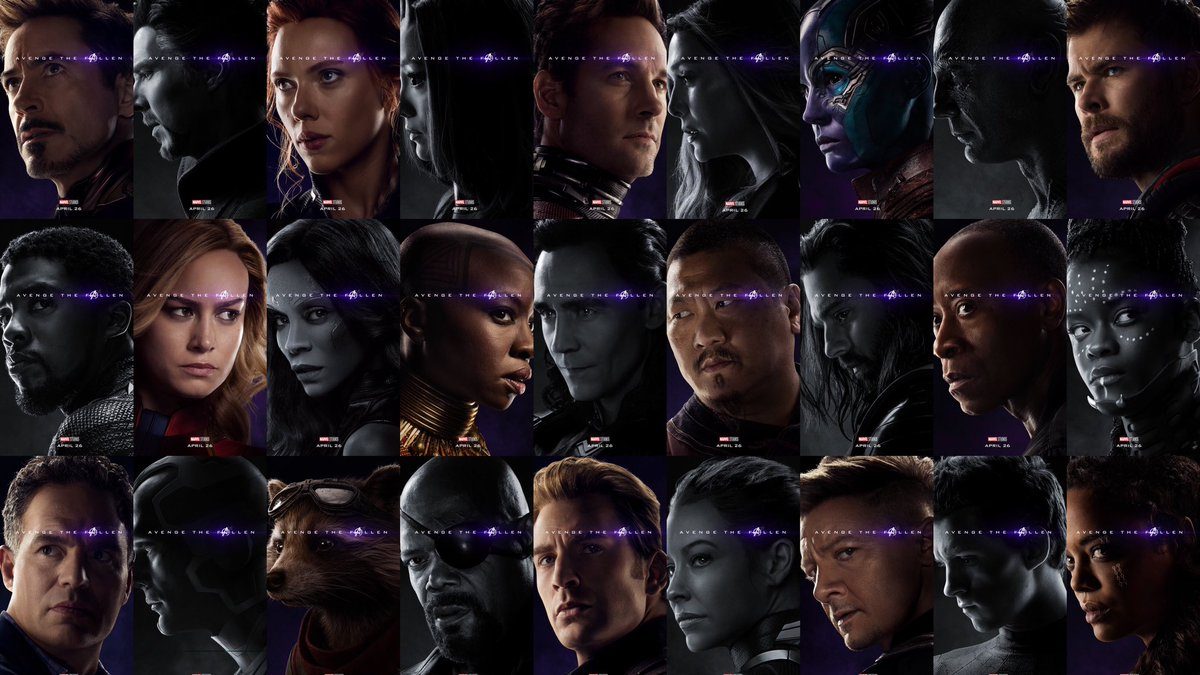 ***Big ol’ spoilers for Avengers: Endgame lie in wait for you***

Of the decisions made in Avengers: Endgame that baffled me, what was done in regards to Loki is still one of the most inexplicable. On Tumblr, an artist drew the scene we never got—one that would have gone a long way toward fixing Endgame’s Loki problem.

A movie like Avengers: Endgame has a jaw-dropping number of characters to juggle, and it goes without saying that not all of them are going to appear to the satisfaction of their fans. But one of the oddest places that the screenwriters and the Russos decided to cut corners was with Tom Hiddleston’s Loki.

Loki is such a fan favorite that he’s spawned several lines of comics all his own, an upcoming YA novel, the first announced Disney+ series, a presence at Disneyland, a ton of merchandise, and, at every con I’ve ever been to, a vast number of cosplayers. He consistently ranks at the top of lists that compile the best MCU villains and characters in general, and his status going into Endgame as more of an antihero than a bad guy made him an even more interesting figure to utilize. Yet Endgame did a bare and confusing minimum with him.

Loki met a brutal death at Thanos’ Gauntlet’d hand at the start of Infinity War, devastating his brother Thor and helping to kick off Thor’s quest for vengeance. Though he received an “Avenge the Fallen” marketing poster and was seen in some paparazzi set photos, we had no official confirmation of whether Loki would actually appear in Endgame.

Chances were good, however: this was to be a movie that played with time and reality, and would be a nostalgia fest, so anything was possible. Loki also dies in Infinity War with an ominous goodbye to Thor: “I assure you, brother, the sun will shine on us again,” words that fans interpreted as a promise that his involvement was not finished. Why else are they there?

We ultimately see Loki in two places in Endgame. Thor and Rocket hurry past his cell upon arrival in Asgard, where The Dark World-era Loki is imprisoned. Though Loki has been central to Thor’s characterization for five films, Thor does not even glance in his brother’s direction.

Then, during the return to New York, we see the aftermath of the Avengers’ defeat of Loki at Stark Tower. Hiddleston does what he can with a handful of shots, even if he is promptly muzzled. His best moment and an excellent Loki move for the 2012 version of the character comes when the mission to take the Tesseract is botched. Loki sees an opportunity, grabs the Tesseract, and teleports out of there—never to be seen again.

Many of us have speculated that the Disney+ streaming show will be set to follow that version of Loki, running around the cosmos (and possibly time-traveling) with the Tesseract. Even though this Loki would erase his considerable character development since Thor and his post-Avengers reconciliation(s) with Thor & Co. in The Dark World, Ragnarok, and Infinity War, there’s still potential to do an interesting TV show.

If that’s the Loki we’re getting, that’s just fine, and if it was Endgame‘s intention to set him up in that fashion, it succeeds there. This could maybe also explain why Marvel quietly retconned Loki’s bio history before Endgame, suggesting he was being somewhat influenced by Thanos and the Mind Stone. Perhaps this Loki gets away and has to come to grips with all of the bad stuff he’s done in his upcoming series.

Otherwise, Loki is given incredibly short shrift for such a significant character in MCU canon. This does, however, fit with Endgame‘s overall bizarre treatment of Thor, who does not so much as mention Loki’s name in the movie. While I’m on the record as taking issue with how Thor is positioned to be laughed at repeatedly as a fat joke in Endgame, he’s also clearly suffering from trauma and addiction that stems from the loss of his family, friends, homeworld, and people. Other than cutting off Thanos’ head and the scene with his mother Frigga, however, Thor isn’t given the emotional catharsis to resolve any of his other plotlines the way that the MCU gives its other standalone trilogy stars, Iron Man and Captain America.

Nowhere does Thor’s entire Marvel arc fall apart more than Endgame‘s assertion that he has no desire to look at or speak to his dead brother, miraculously and briefly restored during his visit to Asgard. Can you imagine being in mourning for your murdered sibling for five years and then not taking the singular opportunity to visit them again?

On Tumblr, the artist ynngaa showed us that giving this long-developed familial bond some recognition would have taken half a second and hardly would have needed to derail any of the story’s momentum. By its own established rules of time travel, nothing that the Avengers do in the past alters what has already happened. So Thor could have stopped for a chat with Loki, just as he talks to his mother. Even more logically, he could have just paused to glance sadly back at Loki. Loki could’ve remained none the wiser.

Polish artist ynngaa was kind enough to give us permission to post her lovely Endgame art here: 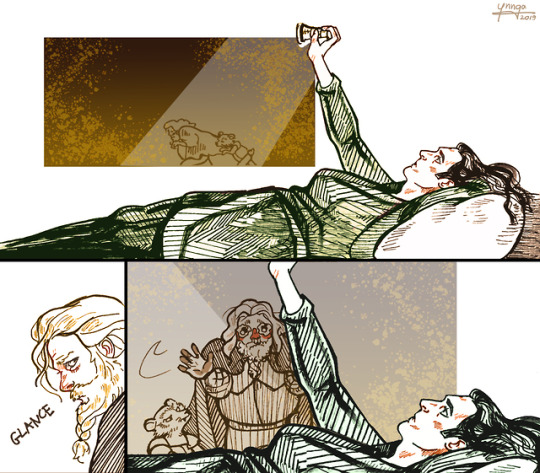 “Fixed it,” she wrote in the picture’s caption. With more than 13,000 likes and reblogs on Tumblr, and 4,000 likes on Instagram, this depiction struck a note with fans. Not only is it heartbreaking, but it quite clearly shows us how out-of-character it was for Thor to just run past Loki, as though all of his adventures to date haven’t been shaped by a mix of his brother’s assistance and machinations. (Having Thor’s face squashed against a barrier would also further a long-running joke that has followed him everywhere.)

It continues to be confusing to me that a movie steeped in nostalgia like Endgame wouldn’t take advantage of an excellent actor like Tom Hiddleston with such an established MCU history. Hiddleston was already on several sets in full Loki makeup and garb, and then he’s just … given next to nothing to do. I felt like Endgame was suggesting a sort of “Chekhov’s Loki” at first with these teasing glimpses of him. Surely, I thought, at some point, like Chekhov’s famous gun, Loki would reappear and go off, adding to the plot somehow. But he never does.

Endgame appeared to make an active choice not to engage with the majority of Thor’s previously established universe. (Why did Jane Foster never get to speak? Where was Lady Sif? Heimdall? The Warriors Three? Selvig? Darcy?) At the same time, it traded on fans’ investment in Loki, giving him a “Fallen” poster, and releasing this Endgame poster by artist Eileen Steinbach where Thor’s shadow can be seen to be his brother.

Some of you will argue that there wasn’t time or space in Endgame to do more with Loki, but I don’t buy that. This is a movie that spends sprawling minutes in a comedic exchange over Professor Hulk and Ant-Man doing a bit about taking selfies with children. This is a movie with a heroic rat who scurries around in Scott’s van and accidentally activates the Quantum Realm.

At the very least, we should’ve had a quick, simple, and poignant moment like the one drawn here that could have wrapped up the entanglement of these characters without having to say a word.