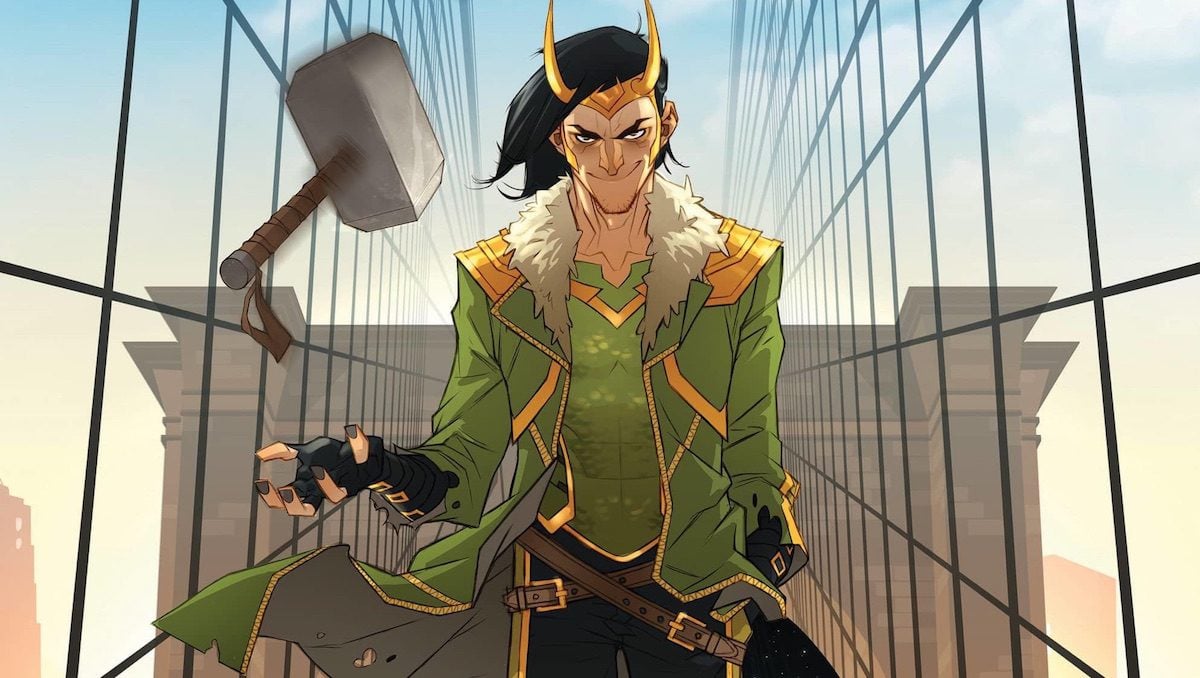 Much rejoicing was heard across the land of Loki fandom with the announcement that Loki #1 is set to land this summer with some exciting names attached.

While we’re still in the dark on what—if any—plans Avengers: Endgame has for Thor’s theoretically deceased brother, a good(ish) Loki can’t be kept down. Disney+’s Loki series starring Tom Hiddleston is one of Marvel Studios’ only confirmed shows for the platform, there’s a (hopefully queer) YA novel about his misadventures coming from Friend of The Mary Sue Mackenzi Lee, and the God of Mischief continues to make trouble in his various comics incarnations.

Marvel has now announced a new Loki solo series of unspecified length, kicking off with Loki #1 in July. What makes this latest take on Loki particularly enticing is that Daniel Kibblesmith is attached to write. Kibblesmith, who penned the recent Black Panther vs. Deadpool (and lest we forget, some Lockjaws), is also a hilarious force of nature on Twitter, where he and author wife Jennifer Wright are #couplesgoals. Known for his work on The Late Show with Stephen Colbert and as a former editor of Clickhole, Kibblesmith can more than bring the tongue-in-cheekiness we love to see in Loki.

The comic will feature art by Oscar Bazaldua (Mr & Mrs X) and the first cover released, by Ozgur Yildirim, is promising: We see a sly angular Loki strolling into New York City from the rainbow Bifrost bridge, nonchalantly tossing what appears to be Thor’s hammer Mjölnir. I’m going to assume that he’s headed to Brooklyn Pride, but time will tell. 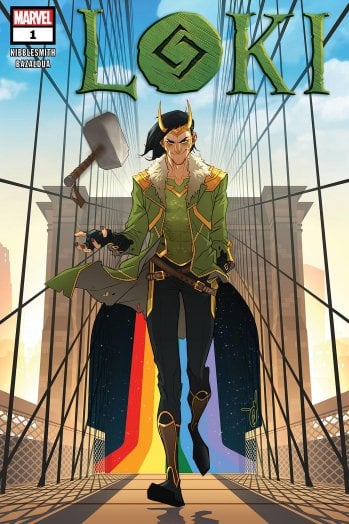 Details of Loki #1 are being kept under wraps, all the more mysterious because he has not fared well in the recent War of the Realms. Marvel’s staying mostly mum:

After dying a grisly death in WAR OF THE REALMS, Loki learned a valuable lesson in warmongering: Don’t get caught. But now he has a whole new set of responsibilities—and his brother Thor is not about to let him walk away from them this time.

How does Loki come back this time around? How on Earth or Asgard is he wielding Mjölnir? Are his pants hipster-tight enough for Brooklyn? Does he enjoy craft beers? Will he fix the subway, or delight in its ceaseless chaos? We have so many questions! July feels fiendishly far away.