Amazon Has a Racism Disclaimer on Tom and Jerry Cartoons, Cue the Censorship Complaints

How dare they accurately describe a show! 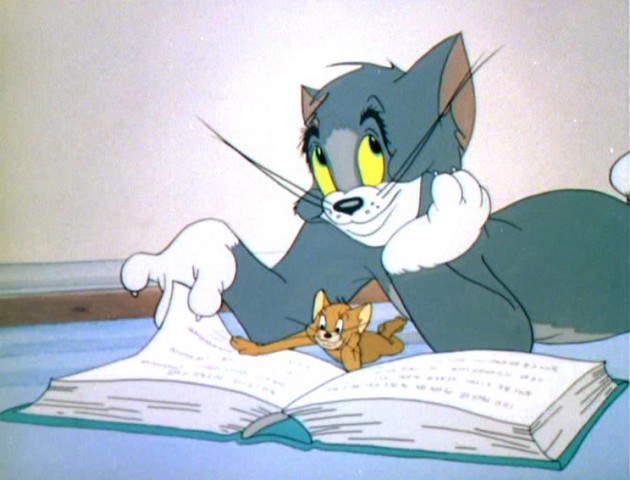 A quick lesson in censorship: A disclaimer is not censorship. There’s nothing wrong with admitting openly that outdated and possibly offensive stereotypes and imagery exist in older cartoons or any kind of entertainment. Amazon has done just that with Tom and Jerry on their instant streaming video service, and people are reacting about as well as you’d expect.

Just a quick click through the Tom and Jerry trending topic on Facebook will give you a glimpse at how the disclaimer is “ruining our childhoods” and “Tom and Jerry have been labeled racist.” Maybe I just shouldn’t have clicked on it?

But the thing is, this isn’t like last year when episodes were pulled from a Blu-ray Tom and Jerry DVD set because of racism. Despite the fact that I don’t have a problem with that, either, it’s a completely different situation. All Amazon has done is put a helpful bit of information in the show’s description that reads:

Tom & Jerry shorts may depict some ethnic and racial prejudices that were once commonplace in American society. Such depictions were wrong then and are wrong today. While the following does not represent the Warner Bros. view of today’s society, these cartoons are being presented as they were originally created, because to do otherwise would be the same as claiming that these prejudices never existed.

According to BBC News, sociology professor Frank Furedi from the University of Kent has attacked the warnings as a “false piousness” that judges the past by today’s standards. However, when things from the past still exist today with outdated ideas, they stand to do harm to progress. The warning serves as a means of context and helpfully explains that it’s OK to watch and enjoy these cartoons in their entirety, especially because they contain cultural context. To censor them entirely would be to pretend that such a thing never existed, but there’s nothing wrong with acknowledging the cultural implications of their content.

Not to mention that the warnings are also accurate. There are outdated stereotypes depicted in some Tom and Jerry cartoons (mostly in the form of blackface). It doesn’t mean we have to hate the cartoons or the characters themselves, but pretending it didn’t exist and shouldn’t be regarded as offensive isn’t helping anything. The fact that these ideas existed and have changed is something we absolutely should be talking about, if only because things haven’t changed enough.

If putting your childhood in accurate cultural context to analyze and benefit from is “ruining your childhood,” then you just want to stick your head in the sand and pretend you still are a child. Please do and leave the conversation to the grown-ups.