World's First Alcohol-Free Whiskey "ArKay" Comes in a Can 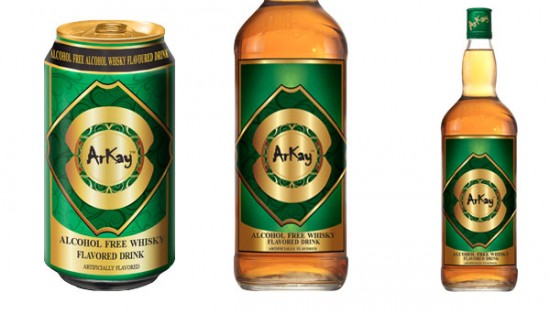 In a case of mankind finding ways to outwit itself, ArKay Beverages presents the world’s first alcohol free whiskey. The forthcoming beverage is targeted at people who, for either medical, religious, or personal reasons, do not consume alcohol, but still want whiskey. A niche, but perhaps very determined market. Instead of the normal distilling process, ArKay has opted to go the artificial flavoring route, meaning that their “whiskey” is 100% alcohol free, as well as FDA certified. It’s also halal, and comes in either a bottle or can.

Of course, this assumes that you would want to drink a can full of not-whiskey whiskey. You can’t exactly reseal a can; once you pop you’re pretty much committed to drinking the whole thing. And as much as I love whiskey, it’s a rare breed that wants to drink an entire 355ml can in one sitting. That’s half a fifth, or around eight shots, in case you’re curious. Also, their marketing slogan is “Don’t drink and drive, unless it’s ArKay.” Seriously.