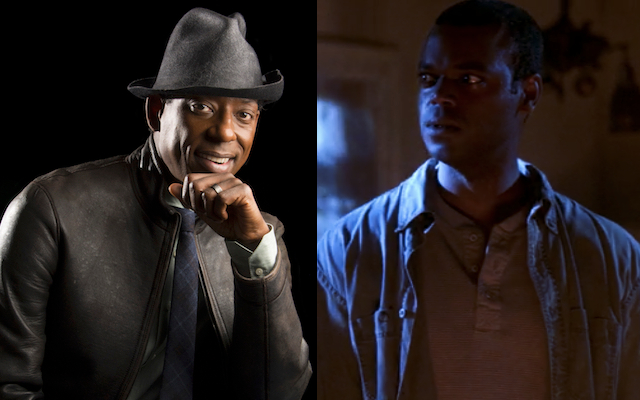 The TV adaptation of Neil Gaiman’s novel American Gods just tapped two more talents to round out the cast: Orlando Jones has signed on to play the role of Mr. Nancy, and Demore Barnes will play Mr. Ibis. The star-studded cast, which already features The 100‘s Ricky Whittle in the lead, Gillian Anderson as Media, and tons more famous names, is shaping up to be an incredible ride!

Fans of Sleepy Hollow will recall that it was Orlando Jones’ most recent TV role, and a great one for him … well, until he was asked to leave the show (after which point, Sleepy Hollow continued to make some unusual decisions). There was no question back then that Jones deserved a better opportunity, so it’s a real pleasure to see him get such a great role. Almost immediately after this announcement, I saw fans speculating about the possibility of an Anansi Boys spin-off show. Anansi Boys is the book that Gaiman wrote as a follow-up to American Gods, which revolves around Mr. Nancy’s family. It seems fair to assume that if American Gods is successful, Orlando Jones could end up reprising this role again in the future!

Demore Barnes, who’s best known for appearing in the 12 Monkeys TV series and also for playing Raphael in Supernatural, will be Mr. Ibis. Unlike the character of Mr. Nancy, who is explicitly described in the book as a black man, Mr. Ibis’ appearance isn’t specified in much detail, but in a lot of fan-art and fan castings up until now, people seem to have assumed he’d be white. Sort of an odd assumption, though, since he’s supposed to be the Egyptian god Thoth! Anyway, it’s cool to see American Gods continuing to cast with diversity in mind, while also paying close attention to the source material and who might best be able to portray each role.

(via Shadow and Act, images via Christopher E. Hamrick on Flickr and Supernatural screenshot)