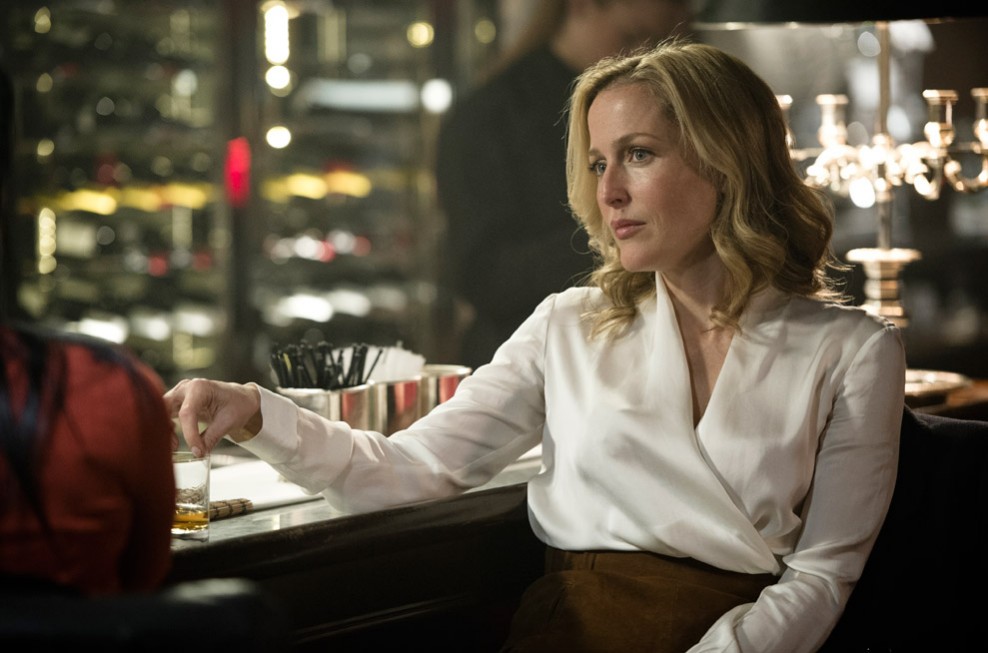 In Neil Gaiman’s book, Media is the face/PR person of the New Gods. She’s manipulative, savvy, and draws power from the attention people give to various forms of new media. I think this role will give Anderson a chance to show off a different side of herself than we’ve seen in her recent roles, and I’m pumped that she’s re-teaming with Fuller after the pair worked together on Hannibal.

As Vulture pointed out soon after news of an American Gods adaptation was announced, the portrayal of Media in the book is borderline technophobic. Gaiman’s novel focuses on our obsession with technology and fame, and as such, Media and lower-case-m media are seen as dangerous influences. That’s not always the most nuanced way of looking at modern tech, but I trust Anderson and Fuller to know how to handle those themes creatively, so I’m pumped; both for the show as a whole and for Anderson’s role in it.

American Gods will arrive in 2017, and is rapidly rounding out it cast. So far, Anderson will be performing alongside Ricky Whittle as Shadow, Crispin Glover, Jonathan Tucker, Emily Browning, and Ian McShane as Mr. Wednesday.

What do you think of this casting news?