Russia’s Putting $52 Billion Into Their Space Program, Would Be Nice If We Could Fund NASA 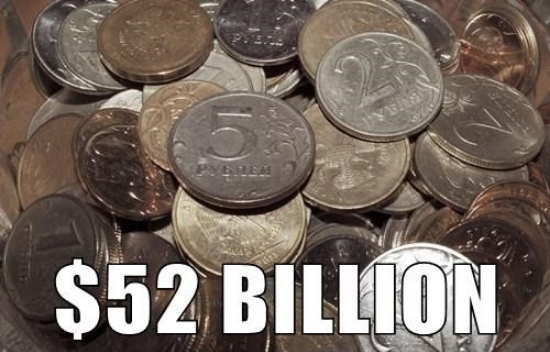 The golden age of the American space program was all about beating Russia to important milestones. There’s no longer that sense of competition based around our efforts in space. That’s good, because we’re about to get crushed. Vladimir Putin announced that the Russian government is putting $52 billion dollars into its space program and giving the program its own ministry. If you’re curious, NASA’s proposed budget for 2014 is only $17.7 billion.

Putin made the announcement today saying, “In the 21st century, Russia should preserve its status of the leading space power. Therefore, the development of our space capabilities is set to be the top priority of state policy. Our attention to this industry will be increasing.”

It’s fitting the announcement was made today, because April 12th is “Cosmonauts Day” in Russia, raising the question, “Why doesn’t America have a space-themed holiday?” Neil deGrasse Tyson’s birthday is October 5th. Let’s all take the day off to think about space and grow mustaches.

Russia is basically leading the way in manned spaceflight at the moment, but it is lacking in other areas like satellites. The Russian space program will still focus on manned flights, but will use the additional funds to try to catch up to other space programs in those other areas.

There are a few ways to look at this, but I’m trying to be optimistic. History has shown that America is pretty reactionary when it comes to space. We didn’t really concern ourselves with it until Sputnik was orbiting the Earth, so maybe this is the kick in the pants we need to get passionate about space again.

(via RT.com, image via megion_man text my own)