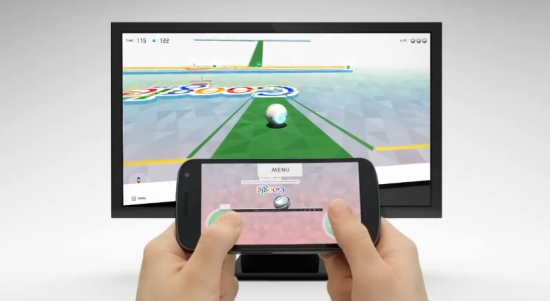 If there’s one genre of video game that always managed to avoid piquing my interest, it’s the series of marble mazes that were created. These games — like Super Monkey Ball — revolve around navigating a rolling ball across a shifting plane. The particulars are always mildly different, but that’s the general idea. Google‘s actually done the mighty and somehow made me interested in this type of game thanks to one of their Chrome Experiments. See, this particular doodad, called World Wide Maze, turns any website into a marble maze you can control with your phone.

Seriously. Check out the trailer and see for yourself, though the text is all in Japanese:

In practice, the wireless connection between phone and computer works pretty well, but it’s a bit wonky at first, and the steps can be a pain. You have to sync Google accounts between your mobile and computer, and it requires the bare minimum of Android 4.0 or iOS 5. It appears to like some websites better than others, as Geekosystem wouldn’t load for me, but it’s still an amusing way to pass ten or so minutes.

You could also just play it via your browser like a savage, if that’s more your speed.