Oops! Google Kind of Blocked All of Digg by Accident 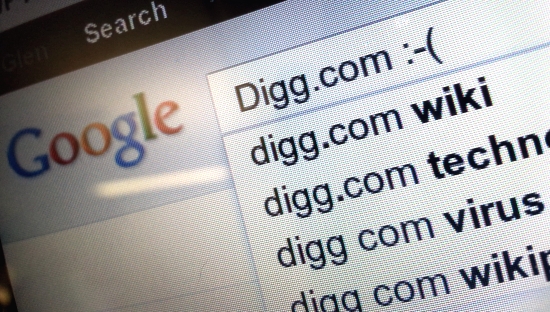 It’s not a great day for Digg. That’s because Google accidentally blocked the entire site — all of it — from its search results today. The block was a mistake, says Google, and was the result of simple error. Thankfully, Digg is already back in the search results. So what happened exactly?

It seems that when Google was attempting to remove what they called a “spammy” link, they inadvertently removed all Digg’s pages. Here is the full Google response, which basically amounts to “Whoops. Our bad, bro.”

We’re sorry about the inconvenience this morning to people trying to search for Digg. In the process of removing a spammy link on Digg.com, we inadvertently applied the webspam action to the whole site. We’re correcting this, and the fix should be deployed shortly.

This was almost certainly just a mistake as Google says, but if anyone wants to cook up any conspiracy theories how this was a slap by Google because Digg announced they’re working on an RSS reader to replace the now condemned Google Reader, we wouldn’t object to hearing them. What is the Internet, after all, if not a haven for hilariously terrible conspiracy theories?