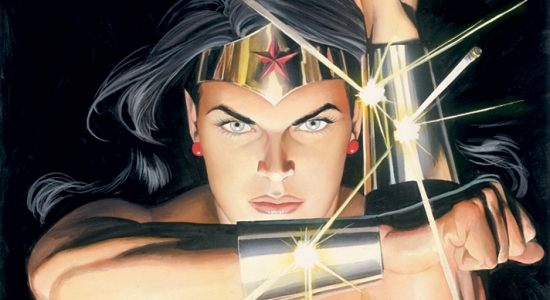 Some surprising news from NBC this weekend: Two weeks after passing on a Wonder Woman show scripted by David E. Kelly because the network couldn’t afford the character’s licensing fee, the National Broadcasting Company has changed it’s mind an given the green light to the Amazonian princess.

Apparently two weeks ago, NBC was still going through some internal staff changeups, and didn’t have someone who could vouch for a project as big as Wonder Woman.  Now that new president Bob Greenblatt is firmly in charge, the network could firmly commit itself.

In other news, the show might not be about an Amazon.  Or a princess.

The project is described as a reinvention of the iconic D.C. comic in which Wonder Woman — aka Diana Prince — is a vigilante crime fighter in L.A. but also a successful corporate executive and a modern woman trying to balance all of the elements of her extraordinary life.

Some are latching onto the choice of the word “vigilante” rather than “superhero” as an indication that this show may not feature a single superpower.  If true, well, the concept seems interesting but I’m not sure what it has to do with Wonder Woman.

If Kelley’s Wonder Woman becomes Wonder-Woman-in-name-only, I can only shove it into the same space that I put The Cape in while it was in development: I’ll invest myself in it if, when I see it, it’s good.  Right now, based on the above synopsis, the show isn’t getting any extra points with me just for having the name Wonder Woman.