Snake Bites Woman 3 Months After She Bottled It in Wine 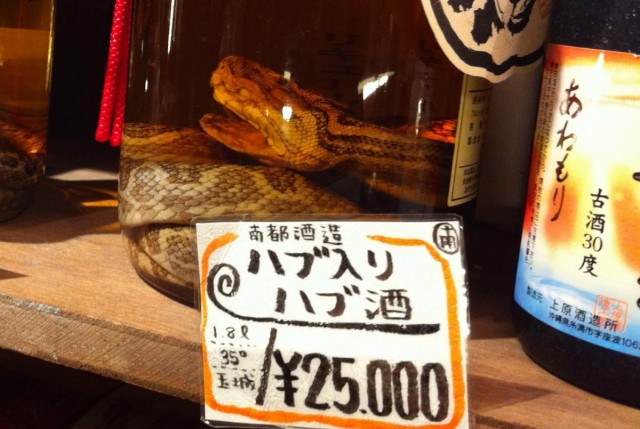 A woman in northern China surnamed Liu was attacked by a snake. Why am I telling you this? Because that snake had been soaking in a closed wine bottle for three months before it struck Liu. She had been making snake wine, which I guess is a thing, and when she went to add more alcohol the snake made its move. This is not the first of these attacks.

According to the Global Times report, snake wine is a common medical treatment in China, and from the evidence in the story and similar accounts, I guess it’s made by putting a live snake in a bottle, filling that bottle with alcohol, and then sealing it.

You know what? I’m kind of on the snake’s side on this one. I’d have bit you too, Liu.

Liu was treated for a bite to the hand that caused some inflammation, and appears to be doing fine. The report doesn’t mention what condition the snake is in, but at best it has a wicked hangover. At worst it’s soaking in a bottle again.

There was a similar attack in 2009 in China’s Hubei Province from a snake that had been in a bottle for two months, and back in 2001 a snake killed a villager in the Guangxi Zhuang Autonomous Region when it attacked after being preserved in wine. It’s not clear how long the killer snake had been in the bottle, but clearly long enough to make it angry.

If you learn anything on Geekosystem today, please let it be that it’s a terrible idea to stuff a live snake into a bottle.