And the moron of the month award goes to... 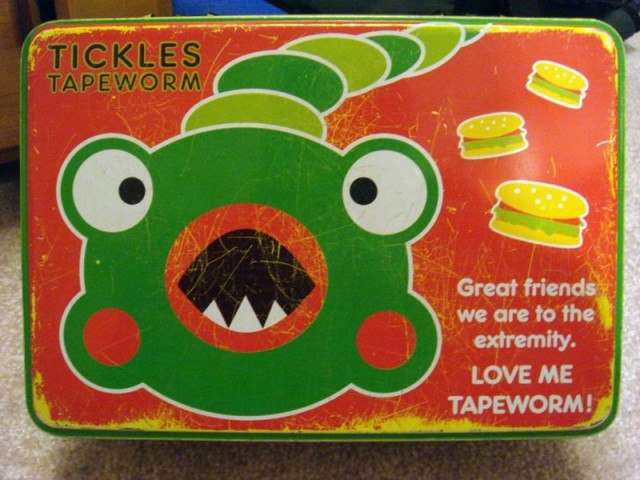 We’ve all heard the old urban legend about eating a tapeworm as a gruesome dietary aid. Well, it turns out, that this sort of idiotic behavior isn’t just for grotesque old wives’ tales anymore. An unnamed Iowa woman is receiving medical treatment after she purchased a tapeworm online and swallowed it because she thought it would help her lose weight.

The doctor was so stupefied by the woman’s action that the patient was forced to move a rung up the medical ladder, heading to the state medical department for assistance. Dr Patricia Quinlisk, medical director at the Iowa Department of Public Health, responded with the answer that was obvious to everyone except for the tapeworm-swallowing woman:

“Ingesting tapeworms is extremely risky and can cause a wide range of undesirable side effects, including rare deaths,” Quinlisk said. “Those desiring to lose weight are advised to stick with proven weight loss methods; consuming fewer calories and increasing physical activity.”

In order to get the tapeworm out of her body, the woman has been put on a special de-worming medication. No word on whether the pills are really just ships piloted by shrunken down doctors to blast the thing, but we’re really hoping so. After all, it’s the only way to be sure they’re really gone.

As if you needed a reminder: Say no to tapeworms, kids. In fact, say no to eating any worms except the gummy variety, really.

(via Orange, image via Kaelyn)