Gamestop Has Already Sold Out Their Wii U “Deluxe” Pre-Orders 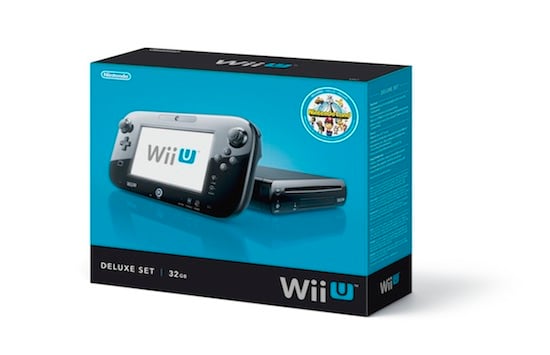 Gamestop has stopped taking pre-orders for the $350 “deluxe” edition of Nintendo’s upcoming console, the Wii U. According to Polygon, employees at Gamestop stores across the U.S. confirmed that consumers have reserved every unit the retailer has set aside for the console launch on November 18th. The people have spoken: They want more gaming consoles.

Nintendo revealed their plans for the U.S. launch of the Wii U at a press event on Thursday. Gamestop and other retailers began taking pre-orders for console bundles shortly after the event. Since the Deluxe version sold out in less than 72 hours, it seems fair to assume that it’s only a matter of time before Gamestop runs out of basic bundles as well. Gamestop employees were unsure of how long stores would have to wait before getting restocked after launch.

Nintendo is selling the Wii U in two different console “bundles”: The $300 “basic” bundle comes with a white console featuring an 8GB hard drive and the console’s signature “gamepad” controller, while the “deluxe” bundle, for only $50 more, comes with a black Wii U sporting a larger 32 GB hard drive, a gamepad, and a litany of accessories including a charging cradle for the gamepad and NintendoLand, the company’s franchise-mashing mini game collection designed as an introduction to the console’s unique style of gaming. Considering that a basic Wii U bundle and a copy of NintendoLand alone would cost $360.00, the deluxe is clearly the way to go if you think a Wii U is in your future.

Unfortunately, you may have to settle for the basic, since it seems that gamers are swarming like locusts to pre-order every console retailers can throw at them. The bottom line: If you want to have a Wii U on launch day, you better go find somewhere to reserve it right away.

UPDATE: According to Kotaku, Bestbuy.com is also out of Wii U deluxe bundles.