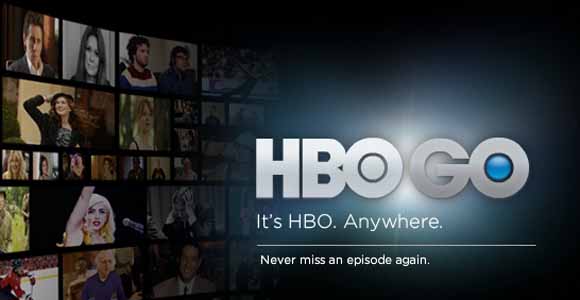 It had the makings of an old comedy routine: “Take my money, please!” In reality, it was a plea by fans of HBO original programming like Game of Thrones and True Blood, to get the paid cable network to offer their HBO GO service without an HBO subscription. Sounds like a simple solution to a problem as big as piracy but like most things in life, it’s not that simple. Hit the jump to read about the informal survey that asked people how much they would pay for such a service as well as what HBO had to say when they heard about it.

We’ve discussed piracy, specifically in terms of Game of Thrones, on The Mary Sue before and I’m pretty vocal about it personally. I think it’s wrong. End of story. I think people make all sorts of justifications to themselves about why doing something blatantly illegal is ok but to me, it’s not. It doesn’t matter how much money X,Y, or Z company has, you are still stealing from them and the creators of said product. Yes, we all want what we want, when we want it, but the bottom line is, entertainment is not a basic human need. I can argue for you stealing food if you’re starving, I can’t argue for you stealing an episode of television because you wanted it before you saw spoilers online. I’m not undervaluing the impact entertainment has on our lives, I’m just pointing out that it’s not a necessity for you to live. And yes, I completely understand people would love for an alternate, legal way to get the content they want (and get it fast) but the alternative to that not existing should not be to steal it.

The most logical idea so far to prevent users from torrenting HBO shows is to allow access to HBO GO for a monthly service charge. If you aren’t familiar, HBO GO is a way to watch the network’s shows via the computer, phones, tablets, and other mobile devices. Currently, it’s only available to those who already subscribe to HBO through their cable provider. And yes, it is seriously handy to have around. But HBO is pretty expensive when you consider what you have to actually agree to in order to get it on your television. Ryan Lawler from TechCrunch recently reported on a survey conducted by web designer Jake Caputo to see how much people would pay for just HBO GO.

The average answer was around $12.

Caputo reported his results on the website he created, TakeMyMoneyHBO.com, by using Twitter as an indicator. “Caputo’s site received more than 12,000 visits in just the first two hours, and it set off a string of tweets declaring just how much users would pay for a standalone HBO GO subscription,” writes Lawler. Caputo then got some help from coder Dominic Balasuriya to make sure he could track the information accurately. “Using the Twitter API, his script grabbed the most recent 1,500 tweets that mentioned the #takemymoneyhbo hashtag. It ignored retweets, and grabbed the dollar amount given. Any tweets that said they’d pay more than $50 were also ignored, since some were obviously intentionally high to skew the results.”

It may not be perfect, or have a huge reach, but the numbers give some great information. Information you’d think would open HBO’s eyes. HBO heard it loud and clear but isn’t ready to make the big leap on that information alone. They tweeted, “Love the love for HBO. Keep it up. For now, @RyanLawler @TechCrunch has it right: http://itsh.bo/JLtSFE ‪#takemymoneyHBO‬.”

When they said Lawler had it right, they didn’t mean it was a great idea (maybe part of them did), they meant the bit where he said it wasn’t financially feasible for the company.

HBO currently has about 29 million subscribers, and reportedly receives around $7 or $8 per subscriber per month. So HBO could, theoretically, get more per subscriber than it’s currently making. But that doesn’t include the cost of infrastructure needed to support delivery of all those streams, including all the CDN delivery and other costs that would come with rolling out a broader online-only service.

More importantly, it wouldn’t include the cost of sales, marketing, and support — and this is where HBO would really get screwed. Going direct to online customers by pitching HBO GO over-the-top would mean losing the support of its cable, satellite, and IPTV distributors. And since the Comcasts and the Time Warner Cables of the world are the top marketing channel for premium networks like HBO, it would be nearly impossible for HBO to make up for the loss of the cable provider’s marketing team or promotions.

People think that just because HBO hasn’t utilized what most see as a win-win solution, that they are just being stubborn or are stuck in the dark ages but that’s not necessarily true. What most people ignore is the current infrastructure of networks like HBO and Showtime mentioned above. And that, like pretty much every other entertainment provider out there, HBO doesn’t want to be the cause of more people canceling their cable subscriptions and screwing over the cable companies who have helped them stay afloat this long.

But seeing all this information won’t stop a lot of pirates because although they could wait for said series to be released on DVD, they want it now. Many excuse their torrenting by saying they purchase the DVDs afterward because they liked it so much but what about the shows they torrent that they don’t like enough to purchase them afterward?

I’m not saying HBO and others won’t figure out a way for this to work for them (because, let’s face it, they are a business) and us in the future but right now, using their lack of an immediately solution to validate piracy isn’t a valid excuse in my mind. For many, it is. Food for thought.

(via TechCrunch, The Hollywood Reporter)