UPDATED: Pretty Soon You’ll Need To Pay For Cable To Use Hulu 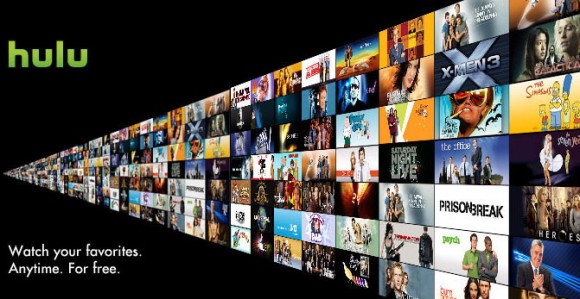 Bad news, Hulu users. It was revealed today that the streaming service is taking the first steps toward making you prove you are a pay-TV customer before being able to watch anything. Please don’t throw anything at your computer monitor, you still need it to read The Mary Sue. Editor’s note: We have some updated information on this news after the jump.

Hulu provides ad-supported content in the way of clips and full television shows and films to users. They also proved a paid subscriction service that still has ads but with more content. They also recently started airing original programming. But according to a NY Post report, Hulu is moving toward an “authentication” model. In other words, you’ll already have to have a cable television subscription in order to use the service.

This is not pleasant news to many who have purposely cancelled their cable services to go full streaming or to use other subscription services. Not all networks stream their content online but for those that do, the content is usually just ad supported.

The NY Post writes, “In fact, the move by Hulu toward the new model — called authentication because viewers would have to log in with their cable or satellite TV account number — was behind the move last week by Providence Equity Partners to cash out of Hulu after five years, these sources said.” This is similar to how the HBO Go app works now but Hulu is not the only one that will be making this move down the road.

“Fox, owned by News Corp., which also owns The Post, is expected to begin talks soon with Comcast on a TV Everywhere deal that will require authentication. Plus, Philadelphia-based Comcast is expected to switch to an authentication model for this summer’s Olympic Games,” they write.

“Hulu, owned by News Corp., Disney, Comcast and Providence, could see its March audience [31 million visitors], as measured by ComScore, shrink after authentication. Hulu racked up some $420 million in ad revenue last year and is expected to do well in this year’s ad negotiations,” they write. “But the move toward authentication, which could take years to complete, will make cable companies happy because it could slow cord-cutting by making cable subscribing more attractive.”

That doesn’t make this reveal any easier on current Hulu users. Adam Skoglund wrote on Twitter, “Just read the #Hulu news for today. Nice to see the TV giants changing things to keep their feet firmly planted in 1997. Good luck w/ that.” IGN writer Joey Esposito has similarly negative sentiments about the news, “I swear, it’s like TV doesn’t WANT me to watch it. @Hulu #RIP”

Some have admitted they knew this would happen eventually while others called it an act of desperation. What I think might happen as a result of an authentication model is viewers getting desperate. Hulu is a free and legal service, forcing people to pay, especially if it’s not going to Hulu itself, could lead to some resorting to illegal means to procure shows. The other thing to consider is the legality of making someone subscribe to a cable provider in order to watch something from, let’s say, NBC, which is free to begin with.

So far there’s no comment from Hulu. What’s your opinion on the upcoming change and what are your regular viewing habits?

UPDATE: Techcrunch has gotten a bit more information from “a source close to Hulu.”

We just talked to a source close to Hulu. According to our source, Hulu and its content providers have talked about this move toward authentication since 2009. Our source noted that Hulu has no interest in being a first mover here and that a requirement for authentication is likely still a few years out. Hulu, however, does want to be a good partner and may have to give in to its partners’ pressure soon or later. Even though an authentication requirement isn’t likely to happen right away, though, our source notes that what could happen relatively soon is that the content providers could require longer delays before their shows become available on the service for non-subscribers. Cable subscribers, under this model, would get access to a show on Hulu the next day, while non-subscribers would have to wait at least 30 days. This model would likely also apply to Hulu Plus subscribers.

Does this make you feel any different about the news?