It’s Not Just You: Many People Are Cutting Their Cable Loose In Favor of Streaming (Legal and Otherwise) 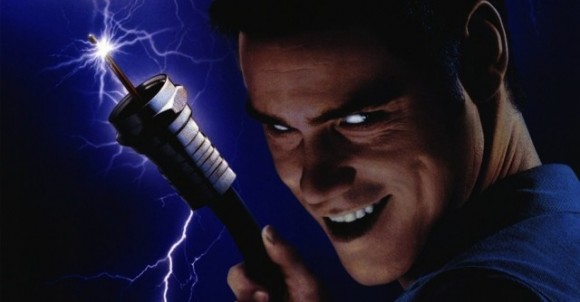 If you have found yourself making the decision to dump your cable company and just see what’s available online, you are part of a growing TV audience that is moving further and further away from conventional cable. About 1.5 million households canceled their cable subscriptions in 2011, which is a small but significant drop in the cable-viewing audience. Instead, these defectors are moving on to online streaming on sites like Hulu (for now, at least), Netflix, iTunes, and other — ahem — less legal venues. Some say it’s a direct result of the recession, and cable companies might want to do a little soul-searching to retain — and regain — their audiences.

These numbers come from the famous Nielson Company, which conducts market research and is best known for the coveted “Nielson rating,” which tells us which shows it thinks people are watching the most. And it happened to notice that its way of measuring what people are watching on TV might not be as revealing as online traffic might be these days.

Cable lost more than 2.9 million subscribers as viewers switched to telephone or satellite providers. U.S. homes subscribing to cable, satellite or telephone providers for their TV service declined 1.5% or about 1.5 million last year, according to figures Nielsen released this week. Subscribers adding telco (about 1.9 million) or satellite service (roughly 280K) weren’t enough to make up the difference.

Blame it on the economy and the ever-rising prices of cable packages, which cable companies seem to refuse to want to change. Because a lot of the shows that appear on cable can be found online, often with even less commercial interruptions, for free. And that’s evident in this finding:

[H]ouseholds with broadband and only free, over-the-air broadcast TV increased by 631K over the last year, climbing 14% to 5.1 million.

Indeed, when faced with having to make budget cutbacks, cutting cable makes a lot of sense when there are several less pricey places to watch television. Nielson also found that people are watching TV about 46 minutes less than they did in the previous year — because they don’t watch original airings. DVR has contributed to lower viewership, too. But Think Progress points out that maybe some people find that a la carte TV viewing, or paying for just the shows that you actually watch, rather than spending all that money on cable channels in which there is no interest, might make for a thriftier TV experience:

Even if you buy a single season of a show on iTunes and parcel it out, it’s less money than a month’s subscription, and may feel like you’re spending your money in a more targeted way than you were if you splashing out for a whole cable package.

But consider not just the internet, but gaming consoles that basically all feature access to Netflix, Hulu Plus, or its own service, like Xbox Live, and even Verizon Fios.

Meanwhile, Hulu seems to be doing one of the most counterproductive things ever seen by announcing it will be moving towards an “authentication requirement” with cable subscribers, meaning that in order to view new shows on Hulu, you’ll have to have a cable account. Non-subscribers will have to wait 30 days to view new shows, at which point they will be no longer new, and probably available somewhere else soon after it airs.

It makes you wonder why anyone has cable anymore (and also WTF, Hulu?). Because some of those creatures of traditional (but expensive) convenience are going to evolve.