Number of human-made object outside of our solar system: 1. Just one. 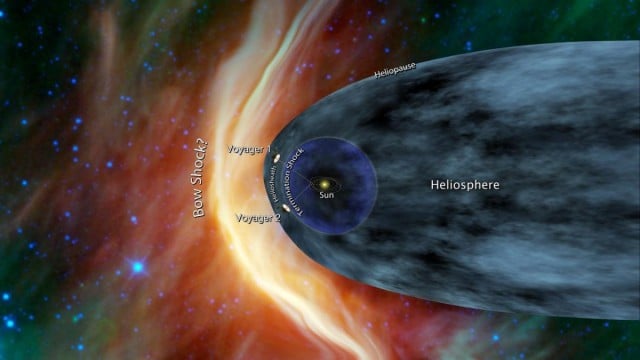 We think NASA is getting ready to announce that the Voyager I spacecraft has finally left the solar system, making it the first human craft to do so. An announcement is coming at 2:00PM EDT and you can watch it right here.

UPDATE: Yes! Voyager I has left the solar system! You should really be watching this.

Remember a few months ago when everyone thought the Voyager I spacecraft had left the solar system for interstellar space, but then NASA told everyone to hold their horses and that in fact it hadn’t left the Heliosphere yet, but they’d tell us when it does? That might happen today, and they’re livestreaming it.

And I’m at a loss for any other news from Voyager they think would be worth teasing out. They’ll be streaming the announcement, whatever it is, at 2:00, and you can watch it right here:

This could be a huge day in the history of the space program, as Voyager I would be the first human craft to leave our solar system and enter interstellar space. This is big, or maybe it’s something else entirely, but I’m definitely going to be feeling space feels until at least 2:00PM.