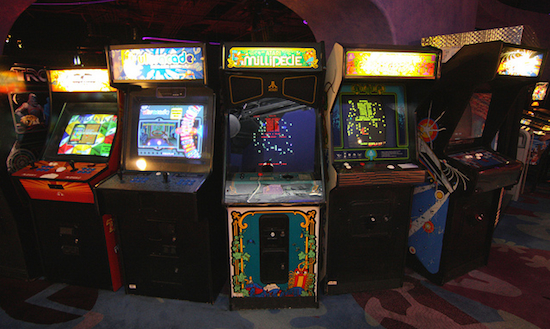 The United States’ misinformed and eye roll-inducing war on violent video games marches ever onward in yet another show of using them as a scapegoat for violent tragedies. The Massachusetts Department of Transportation has recently pulled particular arcade game titles deemed offensive from various rest stops along the Massachusetts Turnpike in light of the horrific Sandy Hook Elementary Shooting. Well never forget the lives lost in that tragic event, but the nation’s insatiable habit of holding easy targets culpable instead of identifying the real problem is getting tediously grating at this point.

The arcade games were removed from four rest stop locations in Charlton, Ludlow, Lee, and Beverly, Massachusetts after the Hyams family visited the Charlton site and complained to department officials that some of the games would be offensive, if not traumatizing, to those driving in from neighboring Newtown, Connecticut. Newtown, it’s worth noting, is an hour away from the particular rest stop. In an interview with The Boston Globe, the father, Andrew Hyams, said:

People have the freedom to have whatever video games in their own homes that they want. We were struck by walking into a [state-owned] rest stop within an hour’s drive of Newtown and seeing and hearing a life-sized, mounted machine gun on a video game.

The Department of Transportation was quick to respond to the Hyams’ emails and soon had games including Time Crisis and Beach Head 2000 taken off the premises. State Transportation Secretary Richard Davey was not responsible for this course of action, as it was taken care of by subordinates, but he did agree with the measures taken to curb the supposed negative influence of violent video games on our culture. He said:

Bottom line is I think there isn’t a person who doesn’t ­believe that there isn’t too much violence in our society, and games can glorify that. A video game in a public space could be used by anybody of any age.

At what point, we ask, will the United States have that moment of clarity and learn that video games are not at the root of every violent tragedy that befalls the nation? It makes this writer sick to see people who simply aren’t fond of video games using events like Sandy Hook as ground to place their soapbox upon.

(The Boston Globe via Polygon, image via Sam Howzit)