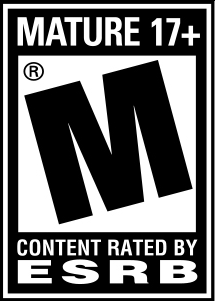 Not too long ago, Oklahoma House Representative William Fourkiller proposed a bill that would add a 1% violence tax to all video games rated Teen and above, whether or not the games themselves were violent. Luckily, it didn’t go very far. Now, Representatives Joe Baca and Frank Wolf — a California Democrat and a Virginia Republican respectively — have taken the opportunity not to learn from Fourkiller’s over-simplification at all. Their new “Violence in Video Games Labeling Act” aims to slap violence warnings on all video games not rated “Early Childhood.” If that wasn’t enough, the warning itself relies heavily on fallacious logic to get its point across.

The bill is elegant in its simplicity, and seems harmless enough from the outside looking in. The idea is to equip video games with warnings alerting consumers that “Exposure to violent video games has been linked to aggressive behavior.” There are, however, large, glaring, egregious problems with this bill. But first, let’s cover what it actually says.

The bill defines a “video game” as follows:

As used in this Act, the term ‘‘video game’’ means any product, whether distributed electronically or through a tangible device, consisting of data, programs, routines, instructions, applications, symbolic languages, or similar electronic information (collectively referred to as ‘‘software’’) that controls the operation of a computer or telecommunication device and that enables a user to interact with a computer controlled virtual environment for entertainment purposes.

And this is the warning label they want to start slapping around:

‘‘WARNING: Exposure to violent video games has been linked to aggressive behavior.’’

And finally, this label is to be placed, within 180 days of enactment, on:

And you thought Fourkiller’s classification of games like Rock Band as “violent” was bad. In the bill’s defense, at no point does it seem to be actively accusing games rated E and E 10+ of being violent, but if that’s the case, why do those games need the warning? It seems like the bill’s authors are smart enough to realize they can’t explicitly call out games rated Everyone as being violent, but on the same level, they think that slapping a violence warning on them is still okay. In actuality, it’s like requiring copies of The Little Mermaid to come with a warning label “WARNING: Exposure to pornographic films has been linked to sexual behavior,” by virtue of the fact that it is a film.

Which brings us to the really, really offensive part of this bill: The phrase “linked to aggressive behavior,” specifically the word “linked.” This is a perfect instance of one of my favorite logical fallacies: Correlation does not imply causation. “Linked” means that violent video games may cause aggressive behavior or that aggressive behavior may lead individuals to play violent video games, or that there may be some third reason behind the whole deal. One could say that cancer has been “linked” to chemotherapy. “Linked” has nothing to do with causality, but the warning label seems to be ignoring that fact. Especially considering that “Aggressive people like violent video games” seems like a pretty reasonable way to interpret this particular correlation. And that’s to say nothing of the vagueness of the whole thing. You know what else can “linked” to aggressive behavior? Physical movement in general. You know, things like movement of the hands and feet.

You could expect that plenty of people might see such a warning and think “Oh my, violent video games cause aggressive behavior!” and they very well might because in this context, that is what the warning — fallaciously — implies. After all, if it wasn’t intended to imply a cause and effect relationship, what would be the logic behind alerting the consumer? Just as a fun fact? No, the presence of the word WARNING makes it pretty clear that the bill’s authors think there is something to warn about. So, what does this all mean?

It could mean that the authors of the bill don’t understand the difference between correlation and causation, have been looking at the numbers that “link” the two, and decided this calls for a warning. Troubling in its own right.

It could mean that the authors of the bill are aware that “linked” does not mean “causes” and realize that a great deal of consumers will infer the incorrect meaning, while the use of the word “linked” will prevent them from having to present concrete, causal data.

Or — in the interest of not presenting a false dichotomy in an article concerning logical fallacies — it could mean any number of other things, like maybe someone was busy half-watching Matlock when they worded that warning.

Regardless of the intent involved, the “Violence in Video Games Labeling Act” not only trades in unclear “warnings” that are all but guaranteed to imply causation where it may or may not actually exist, but it also aims to plaster said warnings all over video games that are only similar to violent games in that they share an artistic medium. While the bill wants to draw attention to the fact that violent video games may be linked to aggression, maybe it should instead draw attention to the fact that video games have ratings and that all games are not intended for children.

Unlike the Fourkiller bill, which was pretty much unconstitutional from the get-go, the “Violence in Video Games Labeling Act” seems to have no such Achilles’ heel. Moreover, from a non-gamer perspective, it seems pretty harmless, so why not? Even from a gamer perspective, it’s not likely to change your life one way or another. That is, unless you’re relying on Aunt Sally to buy you the new Just Dance game and the warning spooks her. It is, however,  likely to sully the name of the artistic medium you love by slapping a label of universal derision on it, failing to treat it with the respect it deserves, a respect that film, music, and literature all enjoy.