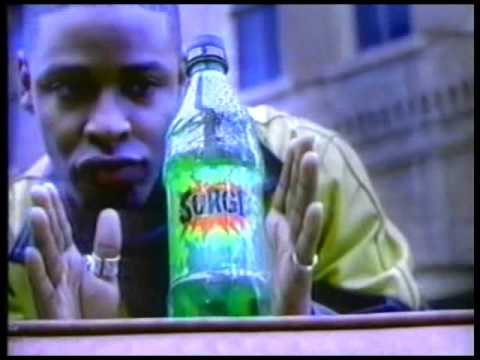 A new study of Boston high-school students has shown that kids who drink a lot of soda (or “pop” for all of you from backwards places that don’t call soda the right thing) are also significantly more likely to become violent. The study, conducted by David Hemenway and Sara Solnick, involved following around 1,878 Boston highschool students and keeping track of their soft drinking habits. The results showed that kids who soft drank more than 5 non-diet cans a week were 9-15% more likely to “act aggressively” than their peers who just stuck to respecting the pouch.

“Heavy use of carbonated non-diet soft drinks was significantly associated with carrying a gun or knife and violence towards peers, family members and partners,” they say in the paper, and the fact that they chose the word “use” clearly shows that they mean business. Obviously, they don’t want to go too far into saying that soda causes the violence, but it’s worth mentioning that the soda-violence boost remains even after controlling for things like age, race, body mass index, tobacco use, drug use, and of course, family dinners. No, but really, and they listed that one last too.

Right around now is when I would normally point out that correlation does not necessarily imply causation and that this might just prove some other, boring explanation. The fact that soft drink “use” correlates with increased violence could mean that soda causes violence. That seems to be what the paper is leaning towards. It could also mean that violent people just crave soda. The thing is, in this case, I kind of like that second explanation better. Not because it makes more sense or anything, but because how crazy would that be? Of course, Professor Mike Daube, director of the Public Health Advocacy Institute just had to point out that poor diet just happens to be higher among disadvantaged youth in an ABC News article. An explanation that is almost as boring as it is plausible.

While the soda-violence bump is significant, the researchers point out that it is not as high as the alcohol-violence bump or the tobacco-violence bump. Understandable, but it also raises the unanswered question of violence among those who primarily drink soda-based mix drinks, which sort of leads to the less ridiculous question of “Well, what about adults?”

Naturally, there is a lot more studying to be done to try and figure out whether or not this is a cause-and-effect relationship. Either way, the use of soft drink consumption could be an indication of increased risk for violence in the future. There’s also a lot of research to be done into whether or not it’s just sugar that’s the culprit. Do carbonation and caffeine have anything to do with it? We don’t know yet, but for the time being I’m just going to go around pretending cans of Mountain Dew are actually +3 attack power-ups.

You can read the actual paper here.