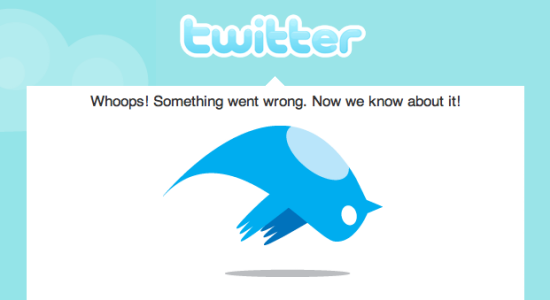 Some people are fascinated with the last words someone says before they die, and the Internet is full of sites that list famous last words. A new blog has taken that morbid curiosity into the 21st century and has begun preserving the final tweets of the deceased, potentially giving way to the new saying “Tweet every tweet as if it were your last.”

The Tweet Hearafter is a blog that lists the final tweets of the recently departed. Along with the tweet, it also gives the time of the tweet, their time of death, and a link to their Wikipedia page. While most people’s dying thought isn’t go to be to tweet some poignant last words, it’s still interesting to see what someone’s last tweet was.

Television pitchman Billy Mays tweeted about getting his third hip replacement on the day before his death back in 2009. Comedian Greg Giraldo tweeted a link where fans could buy tickets to what would be his final shows at the Stress Factory in New Brunswick, New Jersey in 2010. Three days before his death Aaron Swartz tweeted “@guan Diehl, Rittenhouse, Patterson, Ross, Sims” after being asked to list his top five U.S. Mint directors.

The site is run by technology professors Michael McWatters and Jamie Forrest. They had been collecting the tweets for some time, but only made the site public after the shooting death of model Reeva Steenkamp, who’s final tweet was, “What do you have up your sleeve for your love tomorrow??? #getexcited #ValentinesDay”

This got me thinking, and if I died right now my last tweet would be. Turns out it was me trying to console a fellow host about his show being on indefinite hiatus:

@gentlemanjoshua I know that feel, bro.

What would yours be?

(The Tweet Hereafter via Phys Org, image via Patrick Haney)