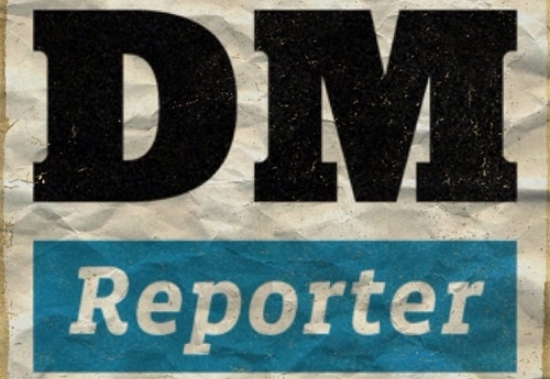 In the wake of the news that Twitter got hacked on Friday, a parody account of the U.K.’s Daily Mail, @DMReporter, pretended to be hacked this morning by a group of hackers who weren’t in on the joke. Under the pretense that control of the account had been taken over by protesting hackers, the @DMReporter account tweeted messages railing against mass media right-wing propaganda, while a parody account of Daily Mail editor Paul Dacre went along with the joke, repeatedly asking the hackers to knock it off.

UPDATE: Since posting this article a few hours ago, the folks behind @DMReporter contacted me regarding some errors and misunderstandings on my part. The real Paul Dacre is not the person behind @DMReporter as I originally stated, and is in fact the real editor of The Daily Mail. The @PaulDacreDM twitter account mentioned in this article is a spinoff of the @DMReporter twitter parody account. I credit my not already knowing this to the fact that I am American. The people behind these accounts wish to remain, coincidentally, anonymous.

The fake hacking pretended to have occurred this morning at 10:06 a.m. (EST) when the @DMReporter account tweeted:

ATTENTION! ATTENTION! WE HAVE SEIZED CONTROL OF THE DAILY MAIL. YOU CAN NO LONGER SPREAD YOUR RIGHTWING LIES. YOU ARE HACKED, BITCHES!

The joke being that the hackers did not realize that @DMReporter is a parody account of The Daily Mail, and not actually The Daily Mail. At first, it seemed like it was really the case. We’ve seen people, and even other news outlets mistake headlines from The Onion for real stories in the past, so it’s plausible that a confused hacker seized control of the wrong account. Some of the tweets seemed like sincere calls against The Daily Mail and propaganda in general:

By reading this account you sanction lies, hypocrisy, hate and racism. The Daily Mail must feel the wrath of the people. You are gone. — The DM Reporter(@DMReporter) February 3, 2013

While some others were more obviously jokes:

Guess you shouldn’t have made your password hitlerwasright. LOLZ. Prepare to have your followers blocked and your tweets deleted.

The people behind @DMReporter also run another parody account named for Daily Mail editor Paul Dacre, and they tweeted at @DMReporter from that account to keep the ruse going. They pretended to plead with the fake hackers to give them back control of the account.

When I first saw this happening on Twitter I believed it, but after keeping the joke going for about an hour @DMReporter came clean by tweeting:

END: We love you all but when have we *ever* told you the truth? Twitter gets hacked and the next day we’re taken over by Anonymous? C’mon.

Over the course of the prank the account tweeted 15 times. Some are just faked sincere complaints against the Daily Mail while others are very funny, but feature language I’m not going to include here. You can read the full account on Twitter at the @DMReporter and @PaulDacreDM accounts.

The people responsible have since given a full explanation on their blog.