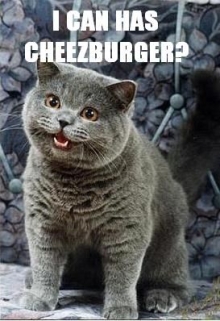 Look, I’m not going to try and convince you that LOLcats are high art or anything, but they can certainly be amusing when the right moment strikes. Look at that cat over there on the left! Isn’t it hilarious how he can’t spell? Given that the phenomenon originated on the Internet, it only makes sense that the Internet should embrace it. In that vein, Twitter has now added a LOLcat language option to their service. No, I’m not joking. 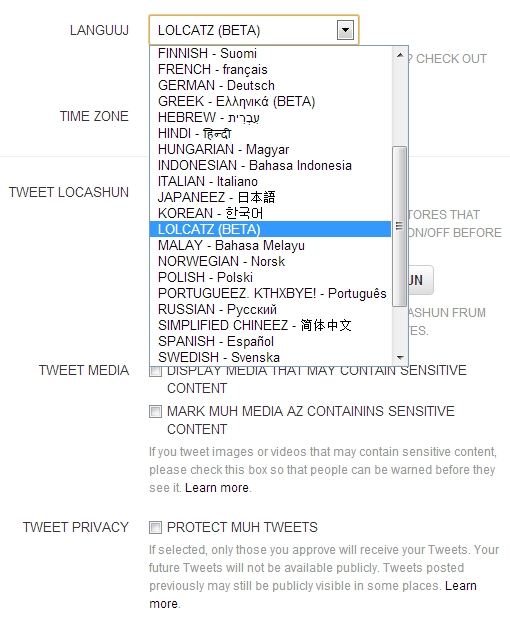 It’s amusing for what it is, and that’s about all anyone can ask out of the Internet. If you need me, I’ll be giggling at images of cats for the rest of the afternoon.