HMV Employees Live-Tweet Their Own Firing | The Mary Sue 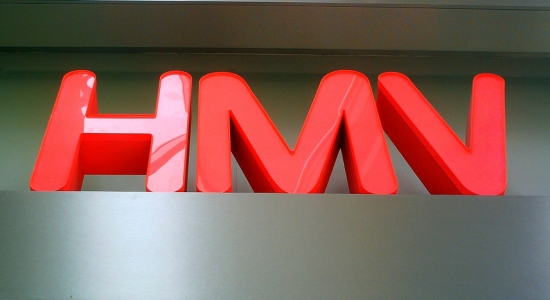 You might think that a large corporation would be smart enough to change the password on the company’s official Twitter account before firing the people who control said Twitter account. That’s not the case with HMV, who just fired 60 people, including the person responsible for maintaining their Twitter. This is pretty much going exactly where you think it is. Someone with control of the @hmvtweets account began live-tweeting their own termination.

The first tweet read, “We’re tweeting live from HR where we’re all being fired! Exciting!! #hmvXFactorFiring” That is exciting. So much so that over 1,300 people retweeted it in under 30 minutes. There were a total of eight #hmvXFactorFiring tweets from the account before it seems the account was wrested away from the perpetrator and put back in company control.

The best part of the whole situation was when the person being fired tweeted that they overheard the marketing director at HMV ask, “How do I shut down Twitter?” The tweets by the now-former HMV employee have been deleted from the Twitter account, but we live in the future where things on the Internet don’t ever die, so you can read them all here at Topsy.com.

Now that HMV controls the account again they’ve wasted no time making themselves look worse by tweeting this:

There have been job losses today, but not in our stores. We are still open for business, thx for your continued support #savehmv