This Tim Burton Cake is Good Enough to Eat, Assuming it Doesn’t Eat You First 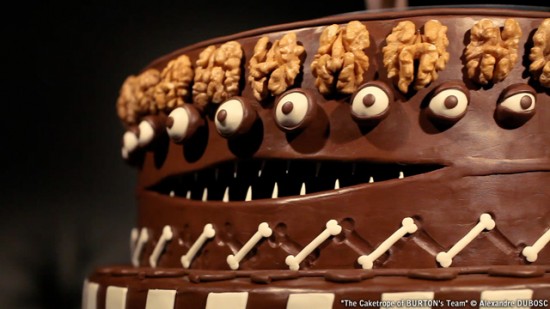 At Geekosystem, we’ve covered cakes and we’ve covered zoetropes, but rarely have to the two intersected. That changes today, with this astonishing zoetrope cake by animator and foodie Alexandre DUBOSC, inspired by the works of Tim Burton. Folks, you need to see this. Video, after the break.

If you look closely, you’ll see references to such Burton films as Batman, and The Nightmare Before Christmas. The dog bones ringing the cake’s lowest level appear to be a reference to Burton’s original and forthcoming remake film Frankenweenie. The walnuts around the eyes are presumably just there to be delicious.