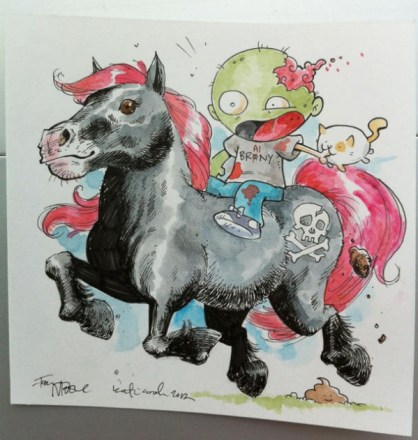 Well here’s something amazing to have come out of Emerald City Comicon, a joint commission Moore is calling “Zombie Bronie.” It’s the poop pile that makes the whole thing IMHO.  (via Robot 6) Now read on, dear friends, for all the other stuff we saw today! 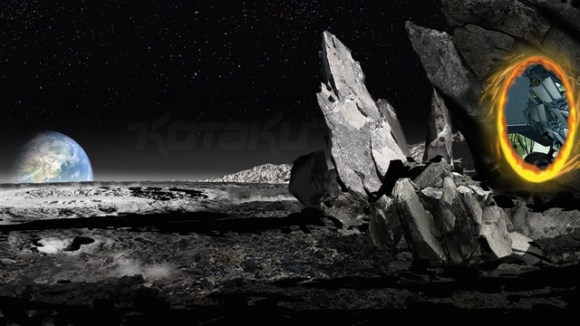 Coming October 31 from Dark Horse Comics, a Portal 2 art book. Geeks of Doom write, The book, titled The Art of Portal 2, gives fans a look at the game from initial concepts to the final product, with added insight from both artists and writers who have worked on the Portal game series. At 184 pages, fans will get their fill of mostly never-before-seen art, including looks at the Aperture Science facility, characters such as Chell, and the design process of Valve.” 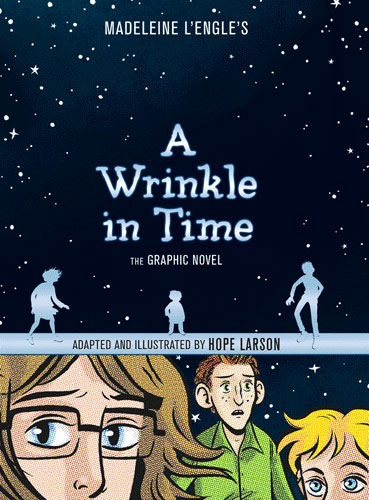 The Beat brings us the first cover shot to Hope Larson’s A Wrinkle in Time comic adaptation. I’m definitely looking forward to this one.

And finally today, it’s time for fandoms and timestreams to collide. Hold on to your butts, this could cause a rip in the space time continuum. 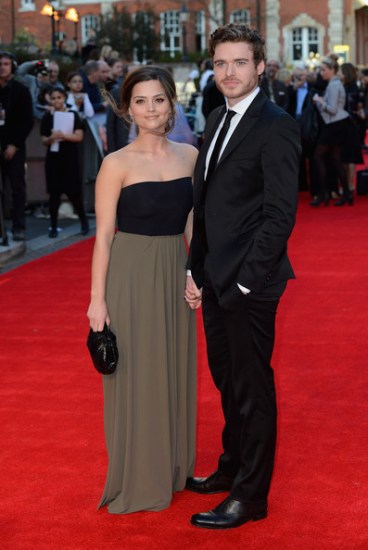