Things We Saw Today: Someone Managed To Improve The Excellent The Wolverine Poster 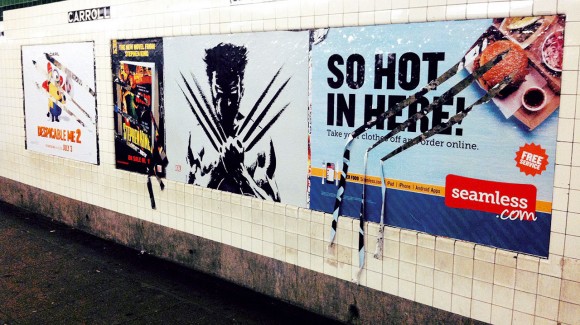 The Wolverine struggled through some pretty bad posters before arriving back at the striking sumi-e inspired portraits of its characters. It seems that graffiti artist Poster Boy NYC believed that Logan could look even more intimidating in the poster, however, with the help of some strategic subway poster vandalism. (via Co.Create) 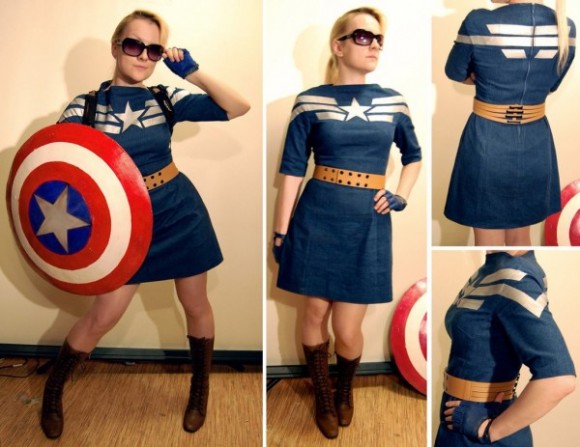 This Captain America dress is chic, patriotic, and perfectly printed. Best of all, it could easily be worn any day, not just as a Cap cosplay. Even better, maker AcidDaisy has a simple tutorial so you can paint one for yourself. (Via Fashionably Geek) 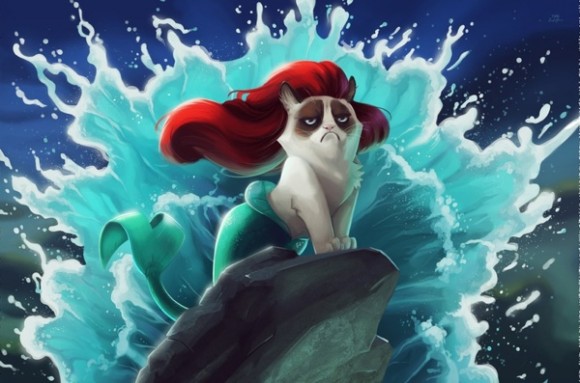 She doesn’t want to be where the people are. Part of their world. This memetic masterpiece by artist Eric Proctor is known as “Part of Your No.” It is the first in what Proctor hopes will be a series. (via Nerd Approved)