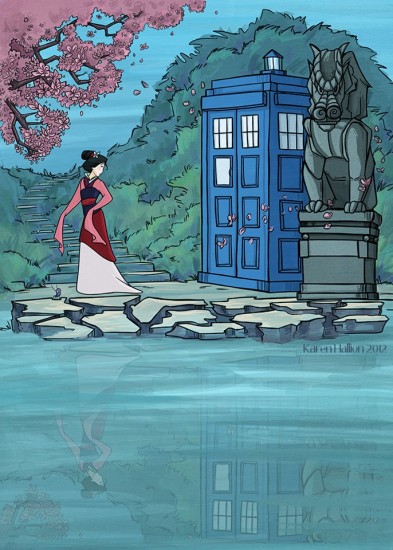 By Karen Hallion (Khallion on Etsy, where prints of this should be available soon). Now is a good time to get this Doctor Who/“I’ll Make a Man Out of You” mashup stuck in everyone’s heads. You’re welcome. (Chocolate & Cream Cake) 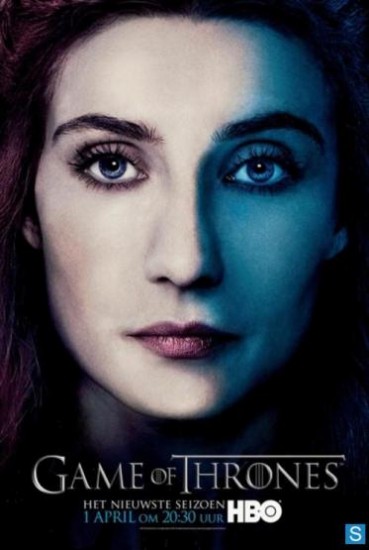 This Melisandre character poster was lagging behind the others from season three of Game of Thrones. (blastr) 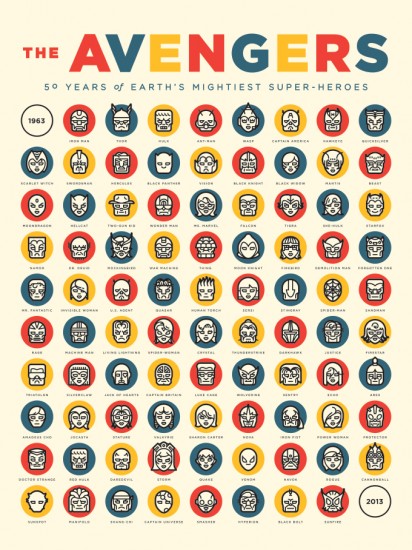 50 years of Avengers. One poster. Click the image to embiggen. (By Michael Mateyko, via io9)