Thieves Make Off With 7,000 Wii U Consoles, Now There’ll Be 7,000 Sad Children on Christmas 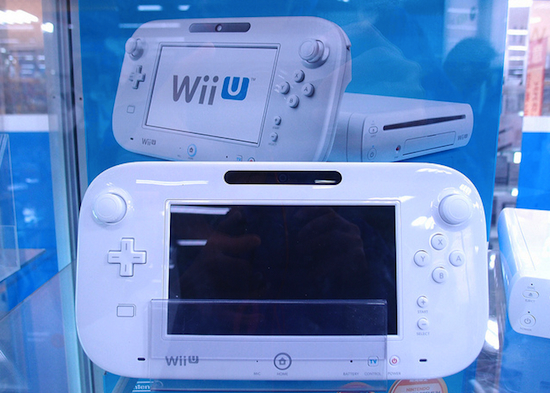 It goes without saying that the Wii U is one of the hottest must-have gifts this holiday season with plenty of people at toy stores looking to get their hands on a console, though whether they do isn’t a guarantee. Last time we checked, abiding by the honor system doesn’t get you a game system. In fact, if you want it bad enough, you’re going to have to break man’s law to get one, and that’s what a group of ambitious thieves did when they absconded with 7,000 Wii U systems from Seattle’s SeaTac airport, because those 7,000 copies of Super Mario Bros. U aren’t going to play themselves.

This holiday heist reportedly went down between 9 pm on December 15th and noon the next day, with the thieves using a forklift to load the massive haul onto two semi trucks, which conflicts with eyewitness accounts of a ramshackle sleigh guided by a green and furry Santa Claus fleeing the scene of the crime. Okay, maybe not.

At this time, officers are baffled as to how they were able to run off with 7,000 Wii U consoles — and the last can of Who Hash — without getting caught. While this caper doesn’t mean the police will be winning any points in the competence department, that isn’t to say they’re gosh darn impressed with the thieves’ efficiency.

Fret not, boys and girls, the thieves aren’t out of the woods yet, as police sergeant Cindy West — who is probably more than two — stated:

If we don’t get any tips ahead of time, it will be the selling of these consoles that will lead to their capture. It’s gonna be pretty hard to hide 7,000 Wii game consoles.

Chances are at least 5,000 of those scalped and overpriced game consoles will soon be under the Christmas trees of families desperate to avoid their kids having a Christmas morning meltdown.