Thanks, Harassers! Sales of Marvel’s Mockingbird Jump Thanks to Anti-Feminist Trolls 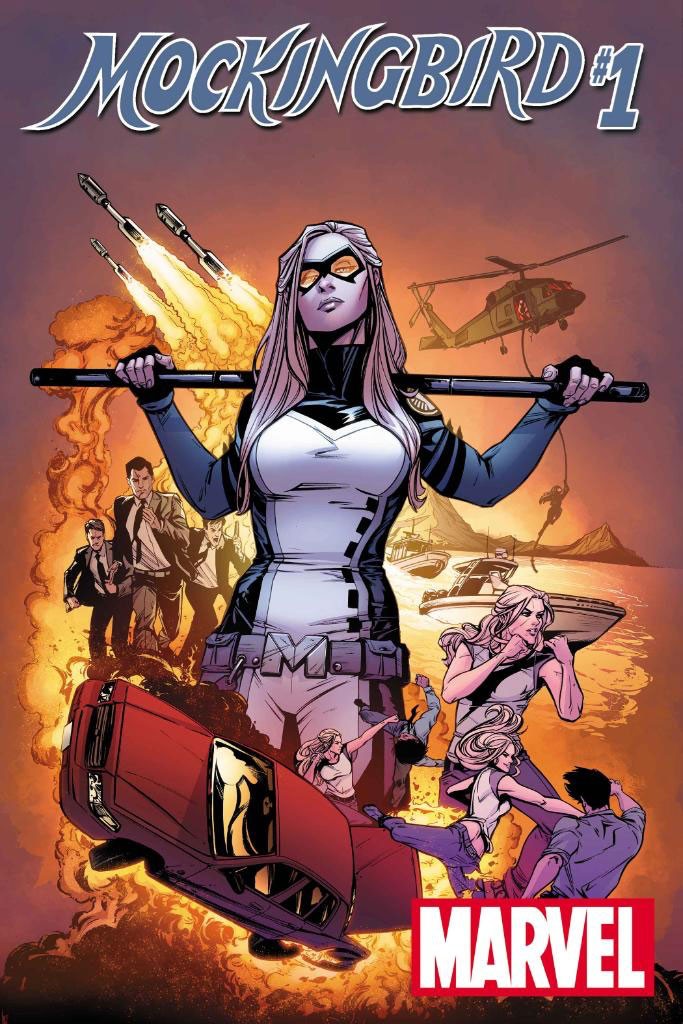 TMS’ Keisha Hatchett has already reported on the disappointing, yet totally understandable fact of Mockingbird writer Chelsea Cain leaving Twitter thanks to the hostile comics environment created by anti-feminist trolls simply because she dared ask people to buy her book and show Marvel that they want comics featuring nuanced female heroes. Well, it looks like the trolls will have a lot more to be upset about. Mockingbird, Vol. 1 has now shot up to #1 on Amazon’s Marvel Comics bestseller list.

As reported by HitFix, Marvel decided to cancel Mockingbird as a title before seeing how sales of the trade paperback would go. Now, it’s a number one bestseller, and the very people taking to social media to harass the book’s creator have allowed even more people to hear about the book and show their support of Cain by buying it.

While this is an amazing turn of events, the fact remains that Cain is still off Twitter, and may likely not return. Mockingbird may continue to do well as a trade, and who knows? Maybe Marvel will reconsider their cancellation of the title. However, that doesn’t change the fact that a woman was harassed simply for verbalizing the thought that people should show support for female-led titles in comics.

As Jill Pantozzi writes at HitFix, “Cain went on to say a lot of what she was seeing seemed to be coming from those ‘mad at women in general.’ She had announced she was ‘done with Twitter’ and left the computer for a while. When she returned, she realized her feed had changed even more. ‘I did not leave Twitter because I was trolled,’ she says, ‘I was trolled because I said I was going to leave Twitter.'”

Cain was targeted for being a woman who writes comic books and also has opinions online. Now, Marvel is making money off that while Cain has had to alter the way she lives her life.

By all means, buy Mockingbird to show your support of Cain. But also, reach out to Marvel and ask them to do better in protecting their writers and speaking up as a corporate entity about harassment. Elana Brooklyn at Graphic Policy suggests:

This can mean stepping in in online conversations to explain why harassment is out of bounds. It can mean using their corporate power to get harassers banned from Twitter. It can also mean actually supporting excellent work from diverse voices even if it takes a little longer to become a hit and let people who do want to support diverse media know where to find it. It can also mean telling employees to stop harassing fans online. It can also mean publishers not bragging about being against social justice.

Boosting Marvel’s sales of Mockingbird contributes to Cain’s coffers and can possibly contribute to a change in the comics landscape as far as female characters are concerned, but it doesn’t fight or stop harassment. It isn’t just female characters that need help, but actual, real-life, flesh-and-blood women.