Temple Run Is Going To Be A Movie, So That’s… Happening 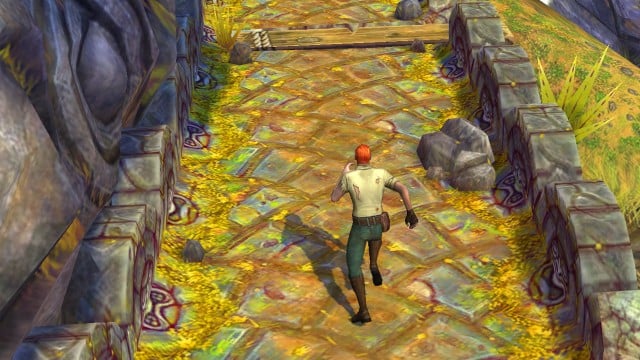 We’re not going to go so far as to say that the movie industry (and maybe even society at large) has completely given up on creativity and originality altogether, because that’s insulting and ignores a lot of the great work being done in the field. But the news that a Temple Run feature-length film is in the works? That… well. That’s not exactly heartening.

The first version of Temple Run first hit app stores in 2011 and has been making people miss their stops on subways and commuter trains ever since. In fact, the original app hit 100 million downloads last year, and the sequel nabbed about 50 million downloads in its first two weeks alone. There’s even a Disney licensed Brave version, which, to be fair, is pretty much the best thing ever because Merida is the undisputed champion of Disney princess arrow-shooting and awesomeness. But a movie, guys? A movie? We already have that movie and it is called Raiders of the Lost Ark. Do we really need another one?

David Heyman seems to think we do. If that name sounds familiar, it’s because he was the producer behind the Harry Potter movies, as well as the upcoming Fantastic Beasts and Where To Find Them. Oh, how the mighty have fallen. Anyway, he’s signed on to the project, so you never know, maybe it will spawn an enormous series full of beloved characters and theme park opportunities?

Or it’ll just be 80 minutes of watching a guy run from behind as he gets chased by a bunch of giant gorillas that he’s stolen from, or whatever. Could go either way.