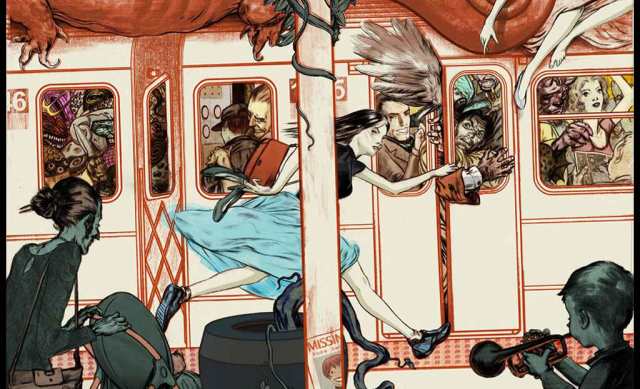 People, it’s finally happening. We’re getting a film adaptation of Bill Willingham’s long-running Fables comic book series. Our reality’s been so heavily laden with fairy tales that it was really only a matter of time, but now it’s official. We have only one plea: Don’t screw it up.

We only say this because Once Upon a Time has steadily been getting worse since it’s debut. The director of A Royal Affair, Nikolaj Arcel, is set to direct the adaptation from scribe Jeremy Slater. If those names don’t impress, the folks that produced the Harry Potter movies are set to produce this particular nugget as well.

It’s hard to say what route the treatment will take, but the actual comic includes a plot where one of the characters runs off to Hollywood to make movies about his life as a, well, Fable. Without spoiling too much, let’s just say that all does not end well. That’s kind of a theme in Fables, though. It often feels like he took courses at the School of George R.R. Martin, so there you go.

There’s a good chance that this could quickly veer into action-adventure territory too with the inclusion of one Mr. Dark, or pretty much any other major villain from the franchise. In short: I am very excited for this development, but I am already preparing myself to be disappointed. If it turns out well, great! If not, my expectations were not set too high.