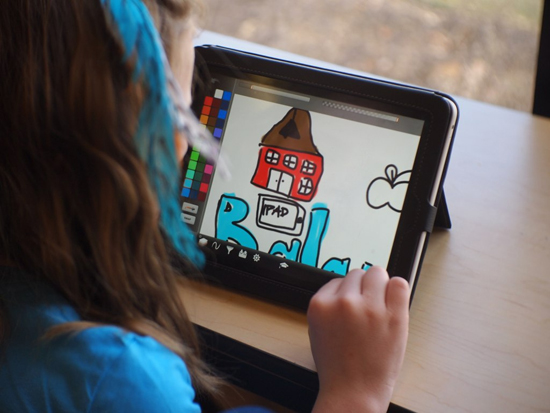 As everyone probably guessed, adding technology to the classrooms has its advantages and disadvantages. Sure, it allows for students and teachers to interact with subjects and lessons in entirely new ways, but technology can also prove just how inept we truly are when it comes to gadgets. At Highland Middle School in Anderson, Indiana, four boys have been suspended after viewing a “partially-clad” photo of their teacher on a school-issued iPad. Their teacher had apparently not realized that her phone had synced with the device.

Though the suspension is still mighty dubious, many schools have strict policies on technology use. According to a press release from Anderson Community Schools, the boys accessed the iPhoto app on the iPad, which is considered “unauthorized.” This is likely what got them suspended, though expulsion is apparently a possibility despite the fact that this seems to be a minor infraction.

The disciplinary actions were handled by the school after police investigation, though how the police originally got involved is a bit murky. Anything involving sexual interaction between teachers and minors tends to have some kind of police presence at some point though, so it’s not so odd that they took a lot at the incident.

The real oddity here is that the boys are being harshly punished for what amounts to a mistake on the part of the teacher. That’s not to say that they didn’t break school rules, just that they certainly didn’t put the photo there. Beth Clark, assistant superintendent for Anderson Community Schools, told the Herald Bulletin that the teacher did nothing wrong and faces no disciplinary actions. Apparently “nothing wrong” includes “uploading revealing images to a school-issued device.” Who knew?

(The Herald Bulletin via reddit, image via Brad Flickinger)