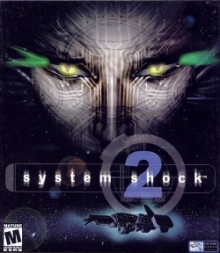 A number of PC video games that came out in the late ’90s to early aughts are held in high esteem by the greater video game community. Deus Ex and Fallout come to mind, for example. Most of these have been repackaged and released digitally, but System Shock 2 was left out in the digital cold. Designed by Ken Levine of BioShock fame, System Shock 2 has received heaps of praise over the years, but never a digital release. That ends tomorrow, thanks to GOG.

The actual website for GOG just has a countdown timer, but Rock, Paper, Shotgun had a nice long chat with the people that brought this deal to reality, and it’s been confirmed that it’s actually System Shock 2 that’s coming. The answer to the site’s question to Stephen Kick of Night Dive Studios on how they managed to secure the rights and bring the whole thing to fruition is pretty interesting:

RPS: The story of the System Shock rights and trademark has frustrated people for years. As I understand it – and I may well be wrong – Looking Glass retained the rights while EA held the trademark. When Looking Glass ceased to be, the rights passed to Meadowbrook Insurance Group and without both, the series cannot be revived. What negotiations, with any parties involved, have taken place in order to secure digital distribution rights?

Stephen Kick (Night Dive): The rights are still held in a very complicated tangle and going into all of it makes for very dry reading. The short version is that negotiations began in October of last year. I pitched the rights-holder with the focus being on the digital distribution of System Shock 2 and–as much to my surprise as anyone’s, possibly–here we are today.

Well. There you have it. Things are still definitely a mess, but Night Dive apparently navigated that minefield to bring us to where we are now.

Night Dive made the first modifications to the game to get it to run on current operating systems, and they grabbed the license to distribute it. That means they’re about neck-deep in the game’s release when it hits tomorrow, if not deeper. Chances are they’ve made only the most necessary tweaks and edits, but it’s hard to say until we see an actual copy out in the wild.

Until then, we wait patiently for the return of SHODAN.