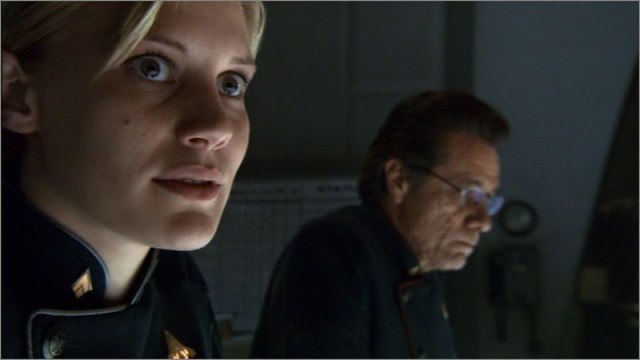 Good news for geeks, but bad news for horrible B-movie fans: SyFy is officially tired of being the butt of everybody’s hilarious Sharknado jokes (Sharnajokes? Jokenados?). They’re going to go back that thing they used to do when they were actually called the Sci Fi channel: make good science fiction content.

Or, you know, at least they’re going to try. Since the re-branding from Sci Fi to SyFy a few years ago — to appeal to a wider audience, of course — the channel’s awful movies and unscripted reality programs have been doing okay, but their dramas have floundered. Alphas barely lasted a year before it was unceremoniously cancelled due to poor viewer response, for example, and most of their other dramas are lighter, episodic fare that don’t capture the public interest in the same way that Battlestar Galactica once did. Meanwhile, serialized “genre” programs on other channels, like Game of Thrones, The Walking Dead, Teen Wolf, Vampire Diaries, and Arrow, are flourishing. So SyFy’s decided to go back to the drawing board and try to capture some of that old space opera magic.

“We want to be the best science-fiction channel that we possibly can, and in some respects, that means going back to the more traditional sci-fi/fantasy that fans often say they feel we’ve exited,” SyFy president Dave Howe told The Hollywood Reporter. “We’re going to occupy that space in a way we haven’t for the past few years.” Looking at their recent and upcoming productions, it sounds like they could pull it off: Defiance and Helix have been doing fairly well for the channel recently, and are much closer to the type of content Howe seems to want.

But don’t worry too much, Sharknado fans: the channel won’t give up on that franchise just yet. After all, the first film in the series got the highest ratings that SyFy’s ever received, and the second one (appropriately titled Sharknado: The Second One) already has a release date. Howe suspects that the shark films will become an annual event, but admits that the channel will be focused less on B-movies than they currently are. So no Chupacabra Vs. The Alamo sequel, we’re guessing. We’re sorry if you were hoping for some more of those.

In fact, we’re sorry on a number of levels in you were hoping for some more of those.

(via The Hollywood Reporter, image via Battlestar Galactica)