You guys missed a real opportunity for a Sharknados pun. 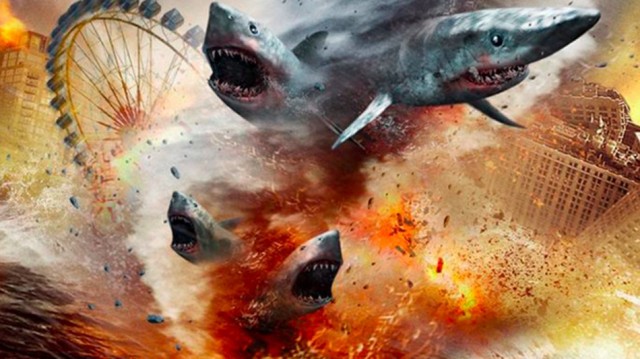 Oh, Sharknado, what a ridiculous phenomenon you’ve become — so much so that now The Asylum, a company known for their mockbuster films, is considered culturally relevant now. What’s more, they’re putting out a sequel — and now we know what it will be called.

The title, which was chosen from over 5,000 fan entries, is… wait for it… Sharknado 2: The Second One.

Yes, it’s underwhelming and incredibly redundant, but what else would you expect from the sequel to a film about a tornado made of sharks? And when they say The Second One, do they mean the second movie or the second Sharknado? Wait, nevermind — I see no point in thinking too hard about this.

Outside of the title, all we know about The Second One is that it’ll be released next year (meaning another slapdash job from The Asylum) and that it will take place in New York as opposed to the first one’s LA setting. Excuse us over at Geekosystem Headquarters in Manhattan as we fear for our lives.